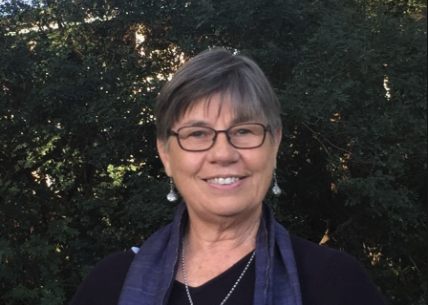 Cath Connor, recently announced as the Greens’ candidate for Robertson in the 2019 Federal election, has called for the sitting Member, Lucy Wicks, to stop the Wallarah 2 coal mine.

Connor said three major environmental threats faced the electorate, the Wallarah 2 coal mine, the Mangrove Mountain landfill and offshore gas exploration. “Wallarah 2 and the landfill are a direct threat to our water supply,” she said. Connor said she was aware both issues were mainly being dealt with at a state level. “From a federal perspective, we want to see all environmental threats urgently addressed, but we also want to see the processes that create these threats exposed and fixed.”

She said the threats represented by Wallarah 2 and the Mangrove Mountain landfill had “been there from the beginning but it is exhausting for the community to have to keep fighting vested interests and the government. “The failure of regulatory and planning authorities is stark, and that is a function of an ideology that wants small government, less oversite, less regulation, which has hollowed out public services that existed to benefit the community in such a way that they have completely failed us.”

She said of the coal mine, which would be located in the federal electorate of Dobell: “I will make it a Robertson issue because it is a Robertson issue. “It is the Central Coast water supply, we are one region. “We have a very limited water catchment area that is looking after our very large and growing population and we can’t afford to be ignoring it or brushing it aside.” The NSW Government has already approved Wallarah 2 but that approval is being challenged in the Land and Environment Court.

The mine’s approval was also referred to the Federal Government under the “water trigger” of the Environmental Protection and Biodiversity Conservation (EPBC) Act which enables the Federal Environment Minister to approve or refuse coal mines on the basis of whether or not they are a threat to water security. Former Environment Minister, Josh Frydenberg, did not make a decision and his replacement, Melissa Price, has deferred her decision. Connor said she believed the Member for Robertson, Lucy Wicks, and Federal Environment Minister, Melissa Price, should have already used the water trigger under the EPBC Act to stop the mine. “It seems obvious to me, and this has been a mystery, why it hasn’t been stopped and why Lucy Wicks and Melissa Price have not already said no.

“I call on them to say no to the mine on the basis of the impact on our water catchment. “That is currently in the hands of someone who has a legal mining background,” Connor said. “Minister Price has been a lawyer for mining companies and that is why she immediately dismissed the latest report from the IPCC on climate change.” Connor said the Greens would continue their active support for the campaign against the Mangrove Mountain landfill. “If a landfill leaches toxic waste into our waterways, it is a travesty that highlights the failure of both State and Federal Government to put public interests ahead of vested interests.

“We want the landfill stopped and the area remediated, and we’d like that not to be at the cost of the community and the tax payer, because that is what is happening everywhere, and we want the process changed.” According to Connor, the same vested interests dominate NOPSEMA, the federal agency tasked with controlling offshore testing for resources. “There is not one environmentalist or fishing industry representative on that board, they all have mining and extraction backgrounds,” she said. “We oppose that offshore drilling, it has signifi cant impacts, we want a transition to renewables, and gas is not a renewable, gas has many of the same problems as other fossil fuels,” she said.

“That is why I joined the Greens, because we don’t take political donations from lobbyists, we can fight for outcomes that benefit the whole community, and we are not caught the way the old parties are.” “It is hard to know in whose interests decisions are made when government or political parties are taking huge donations from the gambling industry, the mining industry, and the waste industry has lobbyists in that regard. “I probably was traditionally a Labor supporter, but I do think the Labor Party has been captured by big corporations in the same way that the Liberals have been. “They are operating much the same way and I don’t see them making clear decisions for the whole community, I see them prevaricating around decisions that might impact on what their donors want.

“I see people passionate about issues like refugees, including Labor for Refugees, a group that has been fighting for five years as hard as anyone in the community and there has not been a glimmer of change in the party’s position.” Connor said other issues facing Robertson were housing, education and health. “My background is in social justice and fairness and equity in the community, and there are so many young people worried about their employment and their ability to afford housing. “They are anxious about the impacts of climate change and they read the science.

“It is possible to have a system that supports all of us, rather than siphoning off resources to big companies, many of whom do not even pay tax. “I am outraged by the attacks on our most vulnerable people, to demonise and humiliate people because they need to use a safety net seems to me to be immoral.”