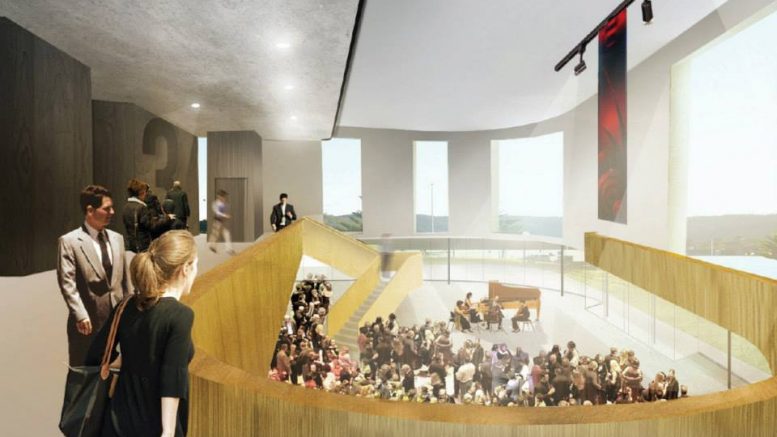 Friends of the Performing Arts Precinct (FOPAP) has called upon Central Coast Council to consult more deeply with the expert voices in its own performing arts community to ensure that the Regional Performing Arts Centre (RPAC) becomes a truly world class facility.

FOPAP President, Barney Waters, said he understood that a meeting took place on Wednesday, November 7, regarding the RPAC, involving Council, the Central Coast Conservatorium of Music and NSW Government. “We have congratulated Council and we are very supportive of Council in moving forward to this point in time,” Waters said. “At this stage, we understand that they have gone to planning and purchase of properties and we want to offer our expertise,” he said. “We were told that there was going to be a community group involved in this and at this point in time we have heard nothing, and we think it is a shame that Council is not enlisting this local support, this expertise.

“We have been acknowledged and told that it would happen, but it hasn’t. “We have said we don’t care what it looks like on the outside, what colour the carpet is. “A world-class acoustic performing arts theatre is what we want. “The acoustic properties of the building are the most important thing, because that’s what sets it apart from being just another building. “There are acoustic engineers and acoustic architects that have to be brought on board. “We want them to be aware that this building is more than bricks, mortar and concrete, the acoustic properties are of the highest priority. “That is what will open up the scope for more use, if it has got those acoustic properties.

“Chatswood’s Concourse Concert Hall is booked out well in advance because it has those properties and we are not far up the highway,” he said. According to Waters, Gosford Musical Society (GMS) was also told that they would be consulted as a major future stakeholder, but “Council are not talking to GMS and it is one of the most successful amateur musical societies in Australia, so it could help with business modelling.”

Waters said FOPAP urged Council to research the project thoroughly to ensure that the seating capacity and other parameters would attract the right performers and uses for the new centre. “My concern is that they have not done enough research, and if they have, they have not told FOPAP.

“We are very keen to talk to the councillors and explain our concepts and priorities and we have asked to address a council meeting. “Council are talking and having plans drawn, but the community is not being kept in the loop, and in most cases, we are told that it is confidential,” he said.

Cats on the Coast attack 3.8 million birds, mammals and reptiles per year

Businesses invited to be involved and partner with Council events