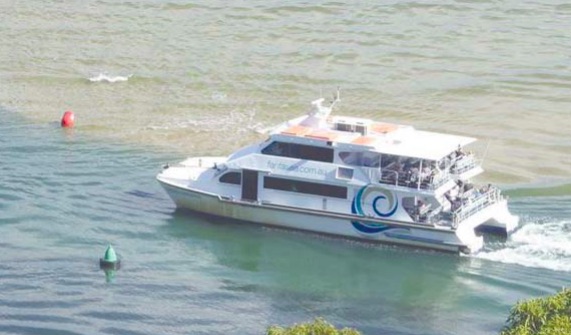 The Palm Beach Ferry service will be operational again this week.

The ferry service between Wagstaffe, Ettalong and Palm Beach should be back to normal this week. New ferry owner, the NRMA, advised Peninsula News on Friday afternoon that it had the “all clear” from NSW Roads and Maritime Services for full services to Wagstaffe and Ettalong.

The service was planned to start today (Monday). The first service out of Wagstaffe was due to leave at 5:50am this morning and from Ettalong at 6am, with 10 return services from each location daily. Services between Palm Beach and Ettalong and Wagstaffe have not run since April and commuters have needed to make their own way to and from Patonga in order to utilise the ferry to Sydney’s northern beaches. Member for Gosford Ms Liesl Tesch said on Thursday she had received confirmation that the ferry operator, Fantasea Cruises, was conducting test runs of the navigation channel to determine whether or not it was safe to resume its full service. She said that the dredge was still working off Lobster Beach.

The Wagstaffe-Killcare Community Association circulated a dredging update to its members on the same day which stated: “We have been advised by the Department of Lands that dredging operations in the Ettalong Channel should reach a stage next week to enable ferry services to complete their safety testing. “The channel mouth off Little Box Head where the original problem arose has been made 60m wide and is now clear. “The final stage of dredging off Lobster Beach will provide a 30m wide channel with a minimum clearance at low tide of some 2.5m. “After ferries resume, this will be widened further to 40m.

“Roads and Maritime will then move the channel markers to delineate the new channel boundaries.” Ms Tesch said the resumption of the full ferry service would be welcomed by the local community and business operators but the NSW Government’s efforts to provide the Peninsula with a safe and operational navigation channel still needed scrutiny. “I have put questions on notice in the Legislative Assembly about how many days the dredge has worked and not worked,” she said. “The Minister’s suggestion that the ferry could run a tidal service and use the channel on mediumto high-tides is not tenable.

“It would have meant people could take the ferry trip to Palm Beach in the morning but be stuck at Patonga on the return trip. “This government has already spent over $1 million on emergency dredging but my questions have revealed it had no plans of introducing a shuttle bus for commuters between Patonga and the other regular ferry stops. “We know a long term solution is needed and we know $1.255 million with the same amount matched by Council will not be near enough to ensure the ferry service does not have to be diverted for another seven months at some stage in the future,” she said.

Wyong Creek dredge should be used in Brisbane Water