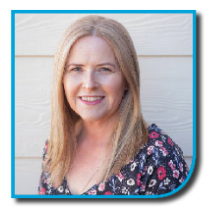 Councillor, Lisa Matthews, has referred to the internal ombudsman, behaviour by a male Councillor at the Central Coast Council meeting held on Monday, November 12.

Clr Matthews said the man “should be ashamed of his conduct at Monday night’s Central Coast Council meeting. “His physical intimidation in leaving his seat in the chamber and coming over to my position and standing over me, left me daunted and threatened,” Matthews said. “I have reported this action to the General Manager and have asked him to intervene and to see where the code of conduct has been breached,” she said.

“As Chair of the Women’s Group on Council, this is not the sort of behaviour we should expect from a community leader. “I want to thank, Clr Kyle MacGregor, for his intervention on what clearly was a threatening situation,” she said. Clr Matthews said she called for an apology from the male Councillor “and reassurance that this abusive behaviour will not happen again”.

“I’m doing my job as a Councillor and I should not be intimidated or harassed in my work place by anybody, let alone another Councillor.” She said the male Councillor “should understand that debate in the Chamber should be robust in nature but not in the physical sense”.