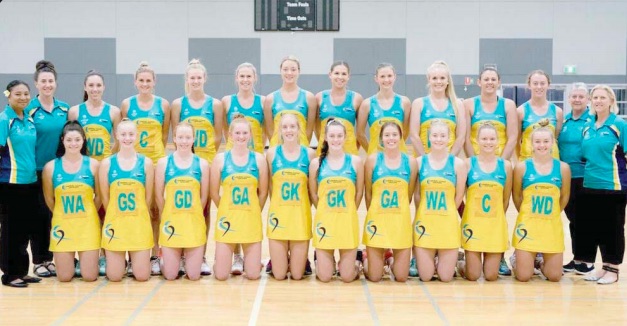 Central Coast Heart, the region’s elite netball squad that combines players from across the Coast’s three Netball Associations, has capped off a successful 2018 season by winning the Netball NSW Premier League Open Championship, along with a host of individual honours.

Central Coast Heart defeated Eastwood Ryde Hawks, 60 to 55, in the 2018 Netball NSW Premier League grand final, in front of 300 local supporters, at Sydney Olympic Park, in September. A strong first quarter was the key to the Central Coast’s win in a tightly contested match, with Heart withstanding several fightbacks by the minor premiers before finally prevailing to be crowned the 2018 champions. Heart captain and goal attack, Amy Wild, was named the most valuable player of the grand final, after an inspiring performance in both attack and defence.

The honours continued for the Heart, with Wild winning the Nance Kenny OAM Medal for Premier League Player of the Year at the 2018 NSW Netball Awards. The Heart have developed a stranglehold on this award, following wins by, Kristen Kessler, in 2016, and, Maddie Taylor, in 2017. The strength of local netball was further recognised with head coach of Heart, Amber Cross, winning the Margaret Corbett OAM Coach of the Year award.

Following Heart’s grand final win, Cross was also named as coach of the NSW Under 17’s team to compete in next year’s national championships. Heart also held their presentation night in October. “The evening was a celebration of the best ever season for Central Coast netball, culminating with the naming of the Athlete of the Year going to Wild (in the Opens division) and, Eliza Hand, (in the Under 20’s),” said Chair of Central Coast Heart, Sam Gribble.