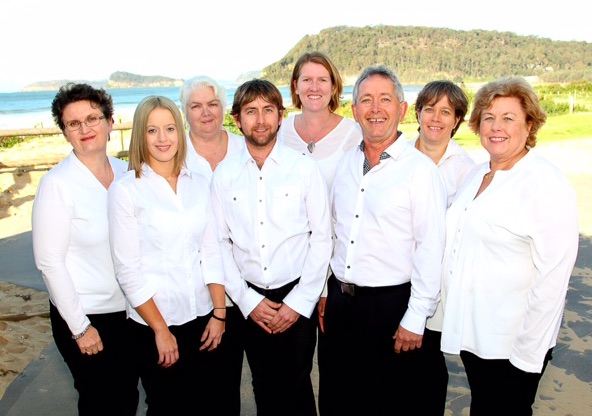 An increase in injuries and health issues associated with a sedentary lifestyle and a decrease in physical injuries is the greatest change that a local Umina chiropractor has seen in his 40-year career.

Dr Peter Grieve will celebrate 40 years of operating the Umina Chiropractic Centre with a “birthday week” from November 26-30 Dr Grieve said the area’s health needs were completely different to what they once were. “One of the most interesting aspects of modern chiropractic care is the seeming inverse of the common issues that once resulted in a visit to the chiropractor,” Dr Grieve said. According to Dr Grieve, his early years were dominated by cases of trauma-related injuries, often as a result of sporting accidents or intense manual labour. “These days it’s quite the opposite, with most of our patients presenting with injuries or health issues resulting from a sedentary lifestyle,” Dr Grieve said.

The biggest issues for adults living on the Peninsula included back and neck pain and conditions resulting from poor posture and low activity linked to deskbound jobs and other careers that promoted more sedentary habits. For children and young people on the Peninsula, a condition known as “text neck”, was becoming increasingly more common as technology and texting on hand-held devices were more prevalent in the lives of children. “Text neck is the result of poor posturing of the neck for extended periods of time as kids and young people indulge in long periods of screen time,” Dr Grieve said. “This causes the curvature of the neck to reverse and results in neck and joint pain which can manifest as many different symptoms such as dizziness, headaches and unsteadiness on one’s feet,” Dr Grieve said.

For the Peninsula’s elderly residents, the most pressing issues are cases of sciatica and osteoarthritis, he said. Dr Grieve said he fi rst became interested in the profession after treatment from a local chiropractor cured enduring health problems resulting from a motor vehicle accident he was involved in as a teen. “I had recurring migraines and feelings of nausea after being involved in a pretty bad car crash,” Dr Grieve said. “They were a constant issue for me and it wasn’t until a neighbour suggested I go see our local chiropractor that I was able to find relief,” he said.

After getting his neck adjusted, Dr Grieve felt immediate relief and from then on he became fascinated with the human body and chiropractic care. That fascination grew into a career, with Dr Grieve opening his first practice in 1978 in the upper level of a small shop on West St, Umina. For six years, Dr Grieve worked tirelessly to establish his small practice. In 1984, he moved to a large cottage on Ocean Beach Rd, Umina, and bringing in three more chiropractors to service the Peninsula’s booming population. Dr Grieve’s practice has remained on Ocean Beach Rd since then and Dr Grieve said he and his team of eight staff have continued to uphold the practice’s vision of delivering the utmost in chiropractic care. “Our vision statement here at the Centre is to care for you and your family and empower your health through chiropractic care,” Dr Grieve said.

“I believe during our time in Umina we have achieved that. “We pride ourselves on delivering the best practice we can and that shows through our clientele’s continuous support,” Dr Grieve said. “We see every type of person on the Peninsula, from newborns who need system check-ups through to elderly people suffering from all the aches and pains of old age.” “We even have families who’ve had four generations come through our doors for care, my own included, as I welcomed my wife Cathy and my son Michael to the team,” Dr Grieve said. During his career, Dr Grieve said he had seen the modernisation of chiropractic care through the rise of specialised subfi elds within the industry.

To stay true to the Centre’s vision statement, Dr Grieve said he had endeavoured to change his practice with the times to reflect best practice chiropractic care. The Centre now has its own specialised chiropractors, with Dr Prue Storey in pregnancy and paediatric chiropractic care and Dr Michael Grieve in neurology and paediatric care. “One of our other major focuses at the moment is supporting our elderly population by encouraging them to drop in for a check-up,” Dr Grieve said. “Falls are the biggest killer of people over the age of 60 so we are focusing on chiropractic treatments that improve balance,” he added. The Centre is now gearing up for a busy summer season but Dr Grieve said he would fi nd the time to celebrate the anniversary with his team and patients.

Program cuts at NG Central to have long term effects