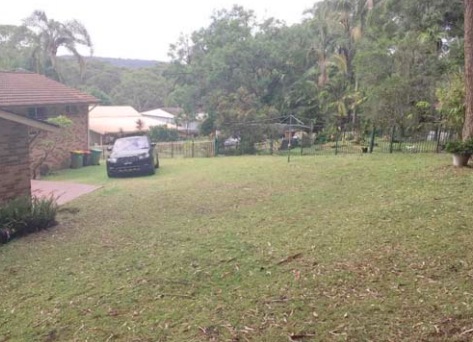 A proposal to modify an existing residential building and construct a car park at 212 Empire Bay Dve, Empire Bay, has been received by Central Coast Council.

Dr Ned Restom submitted the proposal to change the use of the building to a medical centre.

Proposed changes would include an internal reconfiguration, minor external alterations and additions including a covered porch area and dual door access. The application also outlines the proposed construction of a driveway and front and rear car park accessed from Empire Bay Drive. The total site area is approximately 2450 square metres. The site currently contains a one-to-two storey brick dwelling and concrete driveway accessed from Empire Bay Drive. The dwelling has been used as a residential house since construction. The locality is characterised by low-density residential development amongst pockets of open space in close proximity to Brisbane Water.

Demolition would be required for the internal reconfiguration and external modifications. External improvements would include a patio roof covering above an existing porch area and dual aluminium entry doors on the west elevation. The medical centre would include two procedure rooms, three consultation rooms, a nurse’s room, waiting room, office and existing kitchen, existing ground level two-car garage and storage area. A driveway would facilitate vehicular access from Empire Bay Drive. Car parking areas would consist of 15 spaces plus one accessible space. The proposal includes one commercial sign located adjacent to the vehicular crossing to Empire Bay Drive. The medical centre would operate general practice services from 9am to 5pm Monday to Friday and from 9am to 1pm on Saturday.

A total of six staff members would be present at the medical centre at any time including doctors and a registered nurse. An arborist report concluded that the removal of six blackbutt trees was required at the rear of the dwelling. The proposed development will therefore require development consent for the removal of trees. An 1800mm boundary fence and landscaping will also mitigate visual privacy issues associated with use of the car parks and vehicle movements on the subject site.

The Empire Bay suburb has higher rates of residents aged 50-79 when compared with NSW and the proposed development would provide medical services to residents who required local and accessible medical facilities, the application stated. Positive social impacts were associated with access to health facilities for an ageing resident base that is also experiencing rapid growth.