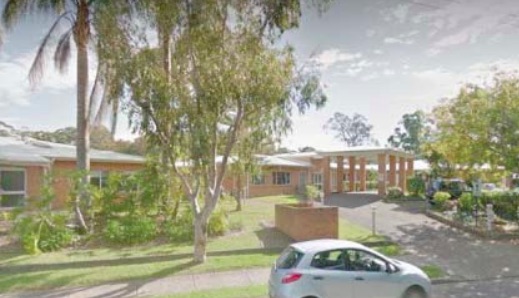 Staff at Berkeley Vale Private Hospital were advised that 65 employees would be made redundant as a result of the hospital’s surgical unit closing on November 16.

“I expect that this will have some impact on the availability of health services on the Central Coast,” said Member for The Entrance, David Mehan.

“I am sure all members of our community would join me in expressing my concern for the staff and their families at this time,” Mehan said. “I am concerned that there appears to have been little or no consultation with staff prior to the close,” he said.

“As a result, I have today written to, Dr Andrew Montague, CEO of Central Coast Local Health District (CCLHD), to seek his assurance that CCLHD will ensure that the public system takes a leadership role.” In particular, Mehan said he wanted to see the Coast’s public health system liaise with private providers to ensure that there is no reduction in available local health services because of the closure. He said he had also asked Montague to establish a workforce plan to ensure that redundant staff were integrated into the expanding public system on the Central Coast. “Staff I spoke to told me that their understanding was that the operator wants to move into a different area, mental health. “They do not want to upgrade their four surgeries to be compatible with current standards.

“Most people I know have had some contact with Berkeley Vale Private Hospital, even if they don’t have private insurance. “Usually, what happens is, for example, you go to the public hospital initially, but then may be referred for further treatment at the private hospital. The 50-bed hospital is part of the Ramsay Health Care group. It is a surgical, medical rehabilitation and mental health facility, and currently is the only private hospital operating in the former Wyong Council area.

It was officially opened in August, 1990. According to the hospital’s website, “Almost every surgical discipline available on the Central Coast is represented at BVPH, including orthopaedics, urology, general surgery, gastroenterology, ophthalmology, oral and maxillofacial, dental, ENT, gynaecology, and vascular and paediatric surgery.” Berkeley Vale Private Hospital announced it would close its surgical services from November 16 in order to better cater for the burgeoning demand for mental health care on the Central Coast. The Hospital commenced mental health care services in 2016, but has been unable to grow this service due to capacity constraints on the current site.

In the meantime, waiting lists for acute mental health care services are getting longer. Hospital CEO, Marilyn Clayton, said the introduction of mental health care to Berkeley Vale Private had been very successful and, with the increasing demand from both patients and doctors to access the facility, it made sense to repurpose the surgical services areas into beds, therapy areas and consulting suites for mental health. She said rehabilitation would remain in situ at the hospital.

“While it will be sad to see the end of surgical services at Berkeley Vale Private, which has been operating for almost 30 years, we are really enthusiastic about expanding our services for patients requiring rehabilitation or mental health care,” Clayton said. “Approximately four million Australians live with ill mental health, and this burden is increasing everywhere,” she said. “Many people struggle to access services and they cannot afford delays.

“We are pleased to announce during this Mental Health Week, that we are going to provide improved access to these vital services for the community.” She paid tribute to the surgical services staff and doctors, some of whom had worked at Berkeley Vale Private Hospital since its inception. “We have thanked our surgical services staff for the loyal service they have provided to Berkeley Vale Private as well as the quality of care they have provided to patients over many years. “We are working with them in regard to the transition.” The small number of patients booked at Berkeley Vale Private Hospital for surgical procedures following the November closure date will be contacted, but should contact the hospital or their doctor if concerned,” Ms Clayton said.

No bail out, No exemptions