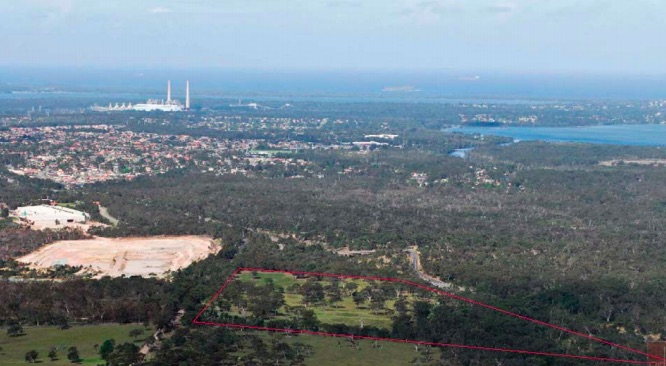 Bushells Ridge is part of the Northern Growth Corridor

According to independent Councillor, Bruce McLachlan, Central Coast Council’s efforts to activate the northern growth corridor have “stalled” with no alternative to the opportunities presented by a general aviation hub at Warnervale.

“Councillors were given a detailed briefing early in the elected term on the former Wyong Council resolutions and economic growth strategy for the northern region, centred around the development of a Regional Airport as a driver of economic growth to the Warnervale Economic Zone (WEZ),” Clr McLachlan said. “It was the most shovel ready project in play to move forward on as the new merged council.” he said. “Major studies and investigations completed by Deloitte’s International had been carried out, at a cost of $450,000 to the ratepayer.

“It only required exhibition of the Masterplan and community consultation, to be enacted. “The plans also incorporated an Aviation School of Excellence, a catalyst project to kick off the WEZ University Precinct. “My understanding was that the airport project would have also started the bio certification program and incorporated plans for protection drainage works for the headwaters of Porters Creek wetland. “The project was not supported by the current council, but still remains a major directive of Regional Development Australia.

“Twelve months into the new Council, we have stalled, and are yet to see any alternative to the airport concept, with no major employment initiatives, no major projects in play. “Hopefully, the major funding opportunities from the Snowy Hydro sale, and upcoming elections, will provide seed capital for Council to begin to activate this important employment zone, by adding much needed water and sewer services.

McLachlan was responding to a call to all Councillors for comment on the Council’s plans for the Northern Growth Corridor from the Wyong Regional Chronicle. On Tuesday, September 18, the Chronicle asked Council for a copy of the Central Coast Council’s draft Northern Growth Corridor Strategy that will set the course for considered and cohesive management of development in the area for the next 20 years. The NSW Department of Planning had alerted the Chronicle to the existence of the draft plan which has still not been made public. NSW Planning was also working with Council to ensure the ongoing planning and delivery of water and sewer infrastructure to the area is managed in accordance with the goals of the Central Coast Regional Plan 2036.

The Chronicle asked Council for more information about this delivery program but has not yet received a response. The Department of Planning has also stated that it is supporting Council to promote industry-focused investment in the Wyong Employment Zone via two Special Infrastructure Contribution (SIC) schemes that have been set up for both the Wyong Employment Zone (WEZ) and Warnervale Town Centre.

Council has also been asked for an indication of how much bushland has already been cleared as a result of the initiatives outlined by NSW Planning. Of that clearing, Council has been asked to indicate what proportion of offset land has been located within the Central Coast Local Government Area. Wyong Regional Chronicle has sent a fresh request to Central Coast Council for answers to these question on Tuesday, October 2, and will report the outcome in the next available edition.

In May, the NSW Department of Planning told the Chronicle it had supported Council in the preparation of the draft Northern Growth Corridor Strategy. Special Infrastructure Contribution (SIC) schemes support the biocertification of Warnervale Town Centre, which is a precinct-based environmental approval of the entire Warnervale Town Centre site. “The Department, in collaboration with the Office of Environment and Heritage, has ensured that: existing environmental approvals like that which exist in Warnervale Town Centre, are not affected by new biodiversity legislation which was implemented in 2016, and the proposed biocertification for the WEZ, is also covered by the transitional arrangements for the new legislation.