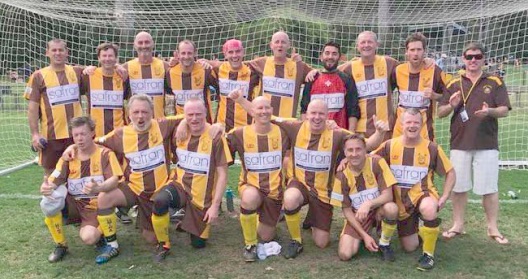 The Umina Eagles Over 35Bs took out their grand final

Umina United Eagles Football Club have wrapped up their soccer season with mixed results across the board. The Eagles had seven teams make it to the grand finals this year.

The first team to take to the green for the Eagles was their Over-35Bs who enjoyed a 3 to 1 win over Berkeley Vale on September 15 to take out their division championship. This was followed by the Eagles 35Cs’ bout with Southern Ettalong, which also saw the Eagles crowned champions with a 2 to 1 victory. The Eagles Reserve Grade team in the Premier League were up next, but were sadly knocked out of contention by Berkeley Vale, 4 points to 1, in their final. Berkeley Vale proved to be a consistent thorn in the Eagles side over the grand finals with the Eagles Men’s All Age Fours team also being knocked out by the northern club in a 2 to 1 loss. 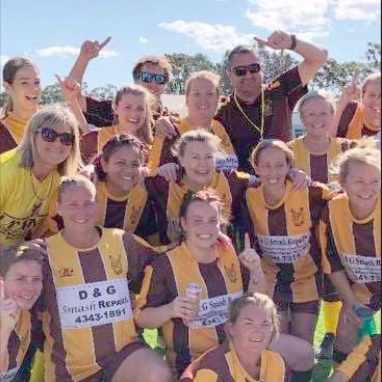 The Eagles found their winning form again with their Women’s All Age Fours team, who took out their fi nal with a 3 to 1 win over Kariong. In the Women’s Premier League, the Eagles had a hard fought battle with Gosford but were unsuccessful, going down 2 to nil. The final team taking to the green for the Eagles were the Men’s Third Grade who were up against Killarney Vale. In the Eagles’ most intense game of the finals, the result came right down to the wire after the final was locked at 3 to 3 after extra time.

In a penalty shootout for the decider, it was Killarney Vale who found the net first, ending one of the most exciting matches of finals day. Umina United Eagles were also given the nod by Central Coast Football Association, taking out the Chairman’s Award at the Association’s Chairman’s Dinner and Award Ceremony for exceptional contribution to football on the Central Coast throughout 2018.