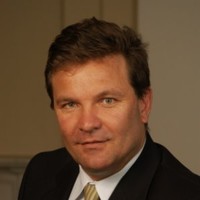 The Joint Regional Planning Panel (JRPP) will determine applications for a 29- room boarding house at Canton Beach, and a 29-unit Affordable Housing flat building at The Entrance, when it meets in Wyong on Thursday, October 25.

The 29-room boarding house would be built at 1A Wallis Ave, Canton Beach, and works would be valued at $5.9m. The $7.5m residential flat building at 6-10 Battley Ave , The Entrance, has been referred to the JRPP because it falls under the Affordable Housing State Environment Planning Policy (SEPP) 2009. The two affordable housing proposals will be determined at a time when Central Coast Councillors are divided over their draft Affordable Housing Strategy, which is on public exhibition for an additional 60 days. The Central Coast Council’s assessment report for the Canton Beach proposal, described it as a “new generation boarding house”. The report said 11 submissions were received, two during the original notification period, and nine during the notification of amended plans.

The initial submissions raised concerns about the level of amenity afforded occupants and the physical impacts of the building. Six subsequent submissions raised further concerns, while one supported the development and one raised administrative issues. The Canton Beach boarding house site area is 2,053 square metres and the zoning is R3 residential, where boarding houses are permissible with consent. Council recommended that the JRPP grant consent for the boarding house. Amendments to the original proposal have seen it reduced from three to two storeys but the proposal is still short of the required parking by five spaces. The Wallis Ave block contains a large, two storey brick building and cottage, that formed a hostel called Sandalwood Lodge.

“Sandalwood Lodge existed from the mid1980s and provided accommodation for disabled persons, and more recently, was operated by the Australian Council on Alcoholism and Drug Dependence.” “The proposed development is not a group home or hostel and it is not intended to provide accommodation for people who require higher levels of support. “A signifi cant portion of demand for the housing will be derived from the local community. “The proposal will provide opportunity for people to remain in their local community within an affordable housing option. “The housing provider anticipates that most tenants of the boarding house will become long term tenants. Council has ordered, as a condition of consent, that a number of the mature trees on the site are to be retained as “signifi cant contributors to the streetscape and local character”. The second proposal to be considered by the JRPP, the residential flat building at The Entrance, has also been recommended for approval by Central Coast Council.

The 1,743 square metre site is zoned R3 Medium Density Residential, and is currently occupied by three houses. The proposal is to construct a four-storey residential fl at building, comprising six one bedroom units, 23 with two bedrooms, and to include 26 basement parking spaces (three accessible). Council’s assessment report said: “Four adaptable units are proposed and 17 dwellings out of 29 dwellings are to be allocated as affordable housing, pursuant to the SEPP. “These 17 affordable dwellings are to be managed by a registered community housing provider for a period of 10 years.” The proposed fl at building exceeds the maximum building height in the Wyong Local Environmental Plan 2013 by six per cent.

The proposal also has shortfalls for setbacks and visitor parking under the Wyong Development Control Plan. Concerns raised in submissions included traffic congestion, excessive bulk and height, stormwater and flooding, loss of privacy, overshadowing, social impacts, parking, noise, pedestrian access and safety. Council’s Traffic and Transportation Engineer concluded that there would be “no signifi cant impact on the efficiency of the local or state road network”. The non-compliance with maximum height requirements was determined to be indicative of “the flexibility needed to address the constraints of the site and achieve a satisfactory outcome for development of the site within these constraints”.

“There is minimal overshadowing of adjoining properties midwinter and satisfactory landscaping is provided within all setbacks to soften and screen the appearance of the development,” the Council report said. It said: “Although not strictly in keeping with the existing character of the area comprising single storey dwellings, the proposal is considered to be consistent with the future character envisaged for the site and surrounding area. “The site context is undergoing a transition and the proposal is consistent with the planned future character of the area as identified under Council’s planning controls. “The built form capitalises on the building’s location and orientation and good distance views in almost all apartments. “The proposal will include positive benefits to the local community through the provision of affordable housing on the site for a period of 10 years.”

What about the forgotten north? – Hogan