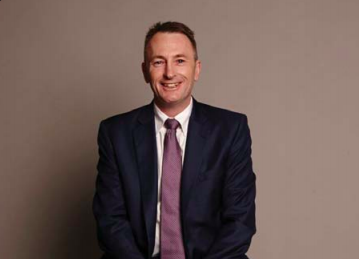 Michael Cassel, Chief Executive of the newly-merged Hunter and Central Coast Development Corporation (HCCDC), said it was tasked with leading significant government initiatives to create opportunities and enhance communities across the Central Coast.

“The coming together of the organisations is about creating a more robust government agency to service the two regions, not to strip it or to demote one over the other,” said Cassel. “It’s definitely about ensuring we are purpose-built as a team to deliver on what government has tasked us to do – it is an exciting time for Gosford,” he said. In April, NSW Minister for Planning, Anthony Roberts, announced that the former CCRDC would have a lead role in transforming Gosford, in addition to its mainstay projects at Mt Penang Parklands.

“The revitalisation of Gosford is a significant task and as the new HCCDC, we will be more experienced and better equipped to deliver for the people of the Central Coast than we ever have been before,” Cassel said. “The challenges are different to what we faced in Newcastle, but the commitment to work with the community and stakeholders remains the same, which really has been the foundation for our success with revitalising Newcastle. “There are other similarities, but no two cities are ever the same. “The merger creates an opportunity for us to bring on more people to work locally, especially as we start to focus more and more on facilitating new opportunities.”

One of the early projects that HCCDC is taking on is improving the public amenity of Leagues Club Field to include a regional play space and updated public domain. “We have engaged with the community to find out how people want this space to play out, and now we are working with a landscape consultant to realise that vision and marry it with the government’s expectations. “We are delivering, and people will see that pretty fast as this project takes form and starts to attract people back into the city centre again,” said Michael Cassel.

HCCDC’s task is to work with stakeholders, such as Central Coast Council, to create outcomes and opportunities that build confidence in the city as an attractive investment option to bring new business, new jobs and more people into Gosford. “One of the biggest challenges the community has told us about is the daily drain of people that leave Gosford to work in Sydney.

“While some people will always choose to travel for work, we would like to do our part to provide choice by encouraging investment to help drive more local jobs, so if people want to stay, they can.” The NSW Government’s commitment to revitalise Gosford is underpinned by the comprehensive work undertaken by the Department of Planning and Environment’s Central Coast Coordination Unit’s GoGosford team, which includes a suite of new planning controls and the NSW Government Architect’s final Urban Design Framework, according to HCCDC.

“GoGosford has been very successful and we have a clear understanding of what the community wants to see in Gosford and the controls in place to help make it happen,” Cassel said.

“My role, and that of HCCDC’s, is to start to facilitate and deliver on that change to build momentum and market confidence. “Coordinator General for the Central Coast, Lee Shearer, and her team will continue to manage the planning framework to enable more investment and development, and on the ground, HCCDC will work with local stakeholders and industry to unlock challenging sites, government lands, and liaise productively with government agencies to realise real opportunities.

“I am also confident we can work alongside local businesses to try and activate the city centre more – we want to help enable people to create attractions and activities that families want to come into the city centre for. “What we have found is that by making the right key moves, we stimulate revitalisation and people have a high appetite to come back to the city. “At the end of the day, this isn’t a project that will happen overnight.

“Newcastle didn’t. “It took a very long time, but when people could see that Government was committed to revitalising the city, confidence followed, and changes came thick and fast. “Gosford will be the same. “It will tread a different path, we will have different hurdles, but we are here with a revitalised mandate to make things happen, and I am excited to be leading the team through this change.”