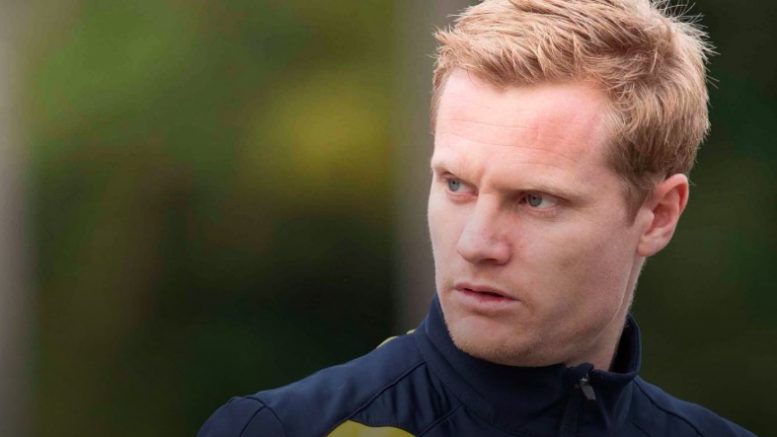 Matt Simmon was lured back to the Coast by Head Coach Mike Mulvey. Image: CCM

The Central Coast Mariners have named Matt Simon as their Club Captain, ahead of the Hyundai A-League 2018/19 season.

[The first home game is in Gosford at 4.30pm Saturday 27th October.]

The East Gosford junior has bagged 46 goals in the Hyundai A-League for the Yellow and Navy after signing his first professional contract in 2006 from Central Coast Lightning. At the completion of the 2008/09 season, which saw the Mariners finish in fourth position on the ladder, Simon was voted by his peers as the best player, claiming the 2009 Mariners’ Medal.

After three seasons with Sydney FC, where Simon was crowned a Hyundai A-League Champion, the 32-yearold marksman joined Mike Mulvey’s Mariners, signing a two-year-contract. Simon stated that his appointment as Club Captain of his hometown team was a proud moment. “To be able to captain the team this year, in such a promising time, is very exciting, and we’re all looking forward to what’s ahead this season. “I was lucky enough to play with all four previous captains and they have all had a big part to play in the club’s culture. “The biggest thing I’ve learnt from them is to ensure the culture in the change room is maintained, because that was a big part of why the club was so successful in the early years of the competition.

“At Sydney FC, Brosquey (Alex Brosque) was an incredible captain who led with his performances week in week out,” Simon said. “I’ll be taking a little bit from each of those captains, but also doing my own thing. “It’s an honour to be a captain of this team but this season there are a lot of leaders in the squad. “I want to lead with my actions. “I’ve always been the type of player to talk on the fi eld, the biggest thing for me is not to change the way I play, it’s always important to ensure you lead with your individual performances,” Simon said.

Where to from here?