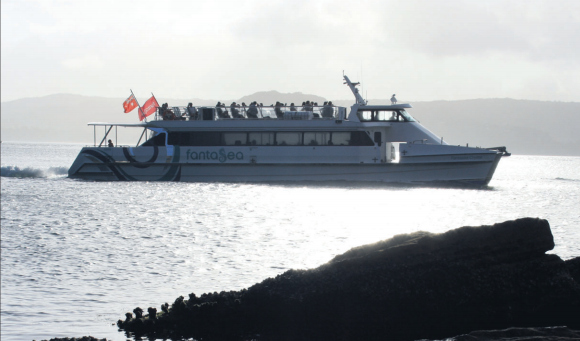 Ferry services between Wagstaffe, Ettalong and Palm Beach could resume in a matter of weeks, if not days, according to Member for Terrigal Mr Adam Crouch.

In a speech to the NSW Parliament, Mr Crouch said: “It hopes to resume permanent services as quickly as possible”. Ferry operator Fantasea Cruising completed a trial run in the Ettalong Channel on Tuesday, September 25. “The successful trial indicated the channel may benefit from additional dredging in some areas, and is anticipated to be completed by the end of the week,” Mr Crouch said. Mr Crouch said on September 28 that the ferry was expected to resume passenger service “as early as next week”, when the dredge was due to move to the entrance of the channel to start work on widening it to slow sand flows. “To date, around 15,000 cubic metres of sand has been removed,” he said.

On Tuesday, October 2, Mr Crouch said: “The current dredging is being completed to provide the ferry service and recreational vessels with permanent and safe access to the channel. “”I must emphasise that it will be the ferry operator’s decision when to resume services,” he said. He said a second successful trial by Fantasea Cruising was completed in the Ettalong Channel on Friday, September 28. The ferry operator recommended further dredging of Lobster Beach to create additional depth and width of the navigational channel. Fantasea Cruising has advised it will not recommence passenger services until this additional dredging is completed and a third trial can be done, according to Mr Crouch.

This story first published in the Peninsula News print edition

Smart cities strategy for the Coast called for