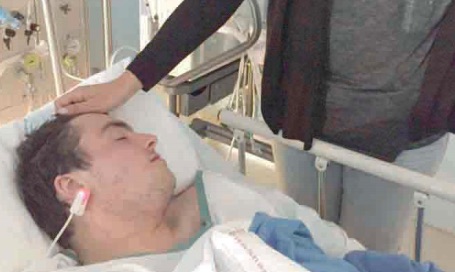 Central Coast Council and a volunteer grounds keeper have been charged with the unlawful storage of pesticides, after an autistic man accidentally consumed a mix of pesticides left in a drink bottle, at a Mangrove Mountain Sports Oval, in 2017.

Damien Terry is lucky to be alive after finding and drinking a highly toxic cocktail of weedkillers stored in an unmarked bottle of Coca-Cola in the oval’s disabled toilets in August, 2017. Shortly after consuming the highly toxic chemicals, Terry was rushed to Gosford Hospital, but doctors initially told the Terry family that Damien would be lucky to live through the night. Terry defi ed the odds and he then spent the next two weeks recovering in hospital, and has since made a full recovery, bar some recurring side effects from his ongoing medication.

The NSW Environment Protection Authority (EPA) has been investigating the case for the past year, and officially launched separate prosecution proceedings against the volunteer groundskeeper and Central Coast Council, on September 24. “The EPA alleges that the Council permitted the storage of a pesticide in a manner that injured another person. “The regulations for the storage of pesticides are in place to protect the community and the environment. “Any disregard for the regulations can have serious consequences,” said the EPA’s Chief Environmental Regulator, Mark Gifford. The case against Council and the unidentified groundskeeper will front the Land and Environment Court on October 12.