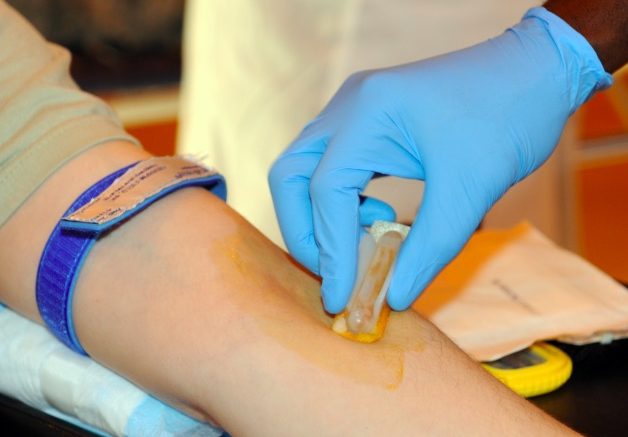 Central Coast Council has topped local workplaces and is a national leader in donating lifesaving blood to the Red Cross’ appeal for urgently required blood and plasma.

Council headed a list of more than 30 local workplaces which donated blood in the Red Cross’ Red25 group donation program between January and August. It also ranked eighth in the National Councils’ Challenge, which saw staff from more than 240 Australian councils roll up their sleeves for the cause, in July to September. As part of the Red25 challenge, Council staff made 181 donations, saving 543 lives. During the National Councils’ Challenge, Central Coast staff made 103 donations. Council CEO, Gary Murphy, congratulated Council staff for their region-leading commitment to saving lives and praised the efforts of other workplaces who also took part in the Red25 program.

“More than 1,500 litres of blood were donated during the Red25 program, with staff from many of the Coast’s biggest employers donating,” Murphy said. “I would like to encourage all Coast employers to encourage their staff to get involved,” he added. Red Cross Blood Service spokesman, John Feist, said: “We hope the leadership of Council and other large employers will inspire not only other workplaces but also individuals to make an appointment to donate blood.

Bob Graham not standing for election

We need more than a picayune tinkering with a system