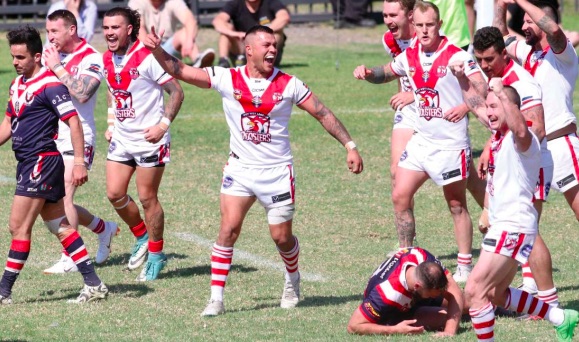 The grand final was played before a large lunchtime crowd at the Woy Woy Oval and the Roosters found themselves trailing Erina 7-0 at the break, despite having dominated for large periods of the opening half. Once the teams were turned around, things clicked into place for the home team. A try to right centre, TJ McLean, and a booming sideline conversion from dummy half, Ben Webber, launched a red and white comeback which culminated in a gritty 12-7 victory. The result further highlighted the Roosters’ late season dominance over the 2017 champions, following hot on the heels of their thumping 20-0 victory in the major semi-fi nal played a fortnight earlier.

Panthers make it three for three