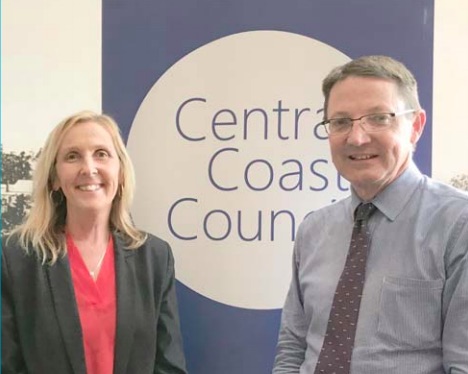 Parliamentary Secretary for the Central Coast, Scot MacDonald, has announced $5m in funding to Central Coast Council for six community projects through round two of the NSW Liberal-National Government’s Stronger Country Communities Fund.

Five of the six projects to receive funding will take shape across the former Wyong LGA. They include: Establishment of the Wyong Cultural Hub; Construction of a clubhouse at Don Small Oval in Tacoma; Creation of shared footpath/ cycleways for Norah Head and Tuggerawong; and an amenities upgrade of Adelaide St Oval, Tumbi Umbi.

The Wyong Cultural Hub has received $1,500,000 in funding and will be an incubator for community creative development and learning, located in the Wyong-Tuggerah regional centre. Consisting of diverse co-located spaces designed specifically for local arts and cultural activity, the Hub will provide a centralised and accessible space for the community and creative sector to develop. It will support rehearsals, studios, set construction, meetings and offices via a combination of long term leases and casual hire, allowing the local creative sector to fulfil their potential and create new work to be showcased within the region’s established professional presentation venues. According to MacDonald, a major gap in the region’s cultural infrastructure will be filled by the Wyong Cultural Hub as it will provide a base for long term community operations.

The Don Small clubhouse project has received $259,000 in funding. Wyong Lakes’ Australian Football Club, the Magpies, was established in 1975, and has called Don Small Oval, Tacoma, its home ground for over 40 years, but sadly the oval has been without a clubhouse since the previous facility was destroyed by a fire in 2013. The project includes a new 150m2 clubhouse located out of the flood zone, with male, female and accessible toilets, a canteen, a function room, a timekeeper’s room, an umpire’s room, and two utility rooms. 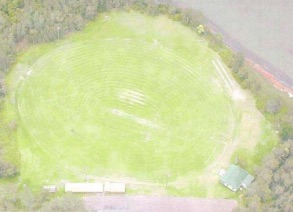 A number of community groups currently use the oval throughout the year for games, training and competitions. These include both male and female AFL teams of all ages, the Central Coast Canoe Club and the Cricket Club. “This new venue will further encourage players and spectators to visit, as it will provide a central location for people to meet, socialise and engage with club representatives. “The new building will allow the club to also run training courses for coaches and volunteers, including first aid and ERC courses. “A new canteen will further add to the appeal for people to stay and socialise with community members for longer, or to volunteer at the Club,” said MacDonald.

The Norah Head footpath and cycleway project received $995,700 in funding and will see the provision of a 2.5-metre-wide concrete shared footpath/cycleway on Bungary Rd, Norah Head, between Maitland St and Cliff St. 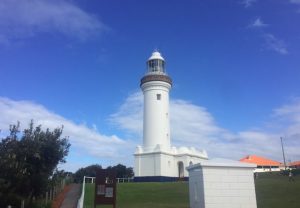 The provision of this shared footpath/ cycleway is identified as a high priority within the Norah Head Masterplan and will provide linkage around high-use pedestrian areas. “With the historic Norah Head Lighthouse attracting thousands of tourists to the area, the shared pathway will provide an affordable and accessible form of sustainable transport and recreational activity, contribute towards a reduced carbon footprint and increase safety for both pedestrians and cyclists. “By offering more active travel options, the shared pathway will also promote community health and wellbeing, and encourage children to increase their physical activity by walking, riding or scooting to the foreshore, sporting oval or playground,” MacDonald said.

The Tuggerawong footpath and cycleway project received $542,269, and will see the creation of a 2.5m wide and 1,050m long concrete shared footpath and cycleway along the Tuggerawong foreshore, between Friday and Tuesday Sts. The construction of this section will provide the growing local community with off-road access along the scenic foreshore. It will also offer greater connectivity to residents of the four lakeside suburbs of Wyongah, Tuggerawong, Rocky Point and Tacoma, and provide recreational infrastructure that has been strongly requested by the community. The project will include rock retaining walls and landscaping, elevated sections of the footpath and cycleway, and seating and signage at identified locations along the route.

The Adelaide St Oval amenities upgrade received $908,616 in funding and will see the renovation and extension of the existing change rooms and public toilet facilities at Adelaide Street Oval (ASO), Tumbi Umbi, to meet the needs of an increasing number of female participants in Australian Football (AFL), as well as female spectators. 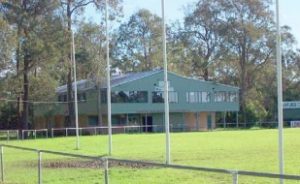 Adelaide St Oval, Tumbi Umbi, is getting
more female amenities with its funding

Previous extensions to the original public toilet block, through the efforts of the Killarney Vale Australian Football Club (KVAFC), do not correspond to the needs of participants in AFL teams or the number of match officials involved in each game. The proposal is a comprehensive upgrade to match the capacity of the allocated playing arenas, well into the foreseeable future. “With the oval shared by the Killarney Vale Bombers and Central Coast AFL Association during winter, and other sporting codes using the facilities over the summer months, amenities are at a premium even before factoring in the spectators, family and friends who come to support their favourite team,” said MacDonald. “Local schools also regularly require access to amenities at the ground with sport, staying active and a healthy lifestyle important to people living on the Central Coast. “Improvement to amenities at ASO will not only enhance the livability of the area, but encourage more community involvement in local sporting events,” he said.

Central Coast Mayor, Jane Smith, said “Working closely with the State Government to deliver high quality infrastructure and opportunities for our growing community is a way we are delivering on our promise. “We are pleased the State Government has come to the table and delivered such significant funding for major projects that will help create a vibrant and sustainable Central Coast. “Council has a limited budget, that is why securing funding opportunities is a priority for us and will continue to be. “I look forward to continuing to work with all levels of government in the best interests of the Central Coast,” Mayor Smith said.

Deputy Premier and Minister for Regional NSW, John Barilaro, said the roll out of the second round of projects takes Stronger Country Communities funding to $300m. “I congratulate Central Coast Council and look forward to the local sports and community facility improvements that will make the region an even more attractive place to work and raise a family,” Deputy Premier Barilaro said.

The sixth project not mentioned above received $850,000 for the implementation of an outdoor water park at the Peninsula Leisure Centre, Woy Woy.

Peninsula has hottest suburbs on the Coast