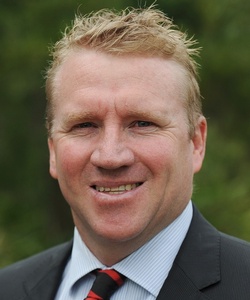 Our Lady of the Rosary Catholic Primary School Wyoming Principal, Frank Cohen, has written about the impact of online gaming on children.

“Throughout the world today, millions of children and adults are seemingly addicted to games such as Fortnite, an online combat game that enables multi-players to chat to each other to defeat a common enemy,” Cohen said. “The skills required for the game are quite detailed, and on that fact alone, gaming can be considered a good tool for today’s kids. “Despite the fact it has an M rating, many children as young as 8 have been given access to this gaming phenomenon. “History tells us that when any type of authority tries to ban things, be it games, films, toys and so on, the young find ways to circumnavigate around or through such bans. “Some alarm bells are ringing in regards to the use of Fortnite and Call of Duty that all parents need to be aware of.

“To use the analogy of sharks following bait balls of fish, when there is popularity with something, there always lurks an element of person who uses games such as Fortnite for their own purposes,” Cohen said, “Police are informing schools of the danger that now presents with Fortnite. “The game relies on voice over and multiplayer contributions. “As such, predators of another kind are seemingly assuming the identity of other children that children believe that they know through school or hanging at the skate park, or whom they play sport with. “The message from the police is that sometimes people are befriending children and requesting to meet. “Essentially and unknowingly, children are duped into thinking they are meeting up with a known friend but find they meet someone completely unknown to them.

“What is the message in all of this? “Several to be honest,” Cohen continued. “Firstly, an M rating means people far more qualified than the majority have been employed to place a rating on a game that appeals to the social and emotional development of people, and in particular children. “Never underestimate why ratings are given. “Secondly, perhaps consider giving time allocation to playing such games so that it does not take over a child’s life. “Finally, know who your child is hooking up with online and supervise without being overbearing. “I say this as both a Principal who has been given information from the police, but also as a parent of a boy in Year 7 who plays online games,” Cohen concluded.

College students to be part of regional council meeting