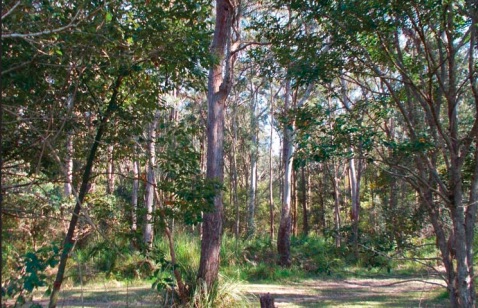 A view of the East Gosford Community Reserve

A reserve on the corner of Wells St and Coburg St, East Gosford, which was saved by the community in 2015-16 from being reclassified as operational land to be sold, will be officially named, East Gosford Community Reserve, with support from Central Coast Council.

Central Coast Councillors resolved at their meeting on Monday, September 10, to request that Chief Executive Officer, Gary Murphy, submit an application to the Geographical Names Board for the naming of the reserve. East Gosford resident, Sue Chidgey, was described as the powerhouse behind saving the reserve, which has since been adopted and cared for by a group she founded called Friends of East Gosford Reserve. During 2015 and 2016, Chidgey had rallied the community to save some 26 parks and reserves from reclassification by the former Gosford Council.

She was unable to attend the meeting due to family matters, but Joy Cooper spoke on her behalf. Cooper said Councillors also needed to call for a plan of management for the reserve and include a lot facing Waratah St (Lot 1 DP 1027281) in the naming application. The motion to apply for the reserve to be officially named was moved by Clr Kyle MacGregor.

Speaking in favour of the motion, Clr Doug Vincent said it was important to acknowledge Sue Chidgey’s contribution and thanked her for taking on the task of battling to save community land. A staff report recommending the naming of the reserve said: “Members of the East Gosford community have been working with Council’s Landcare Group to clear, replant and generally improve the amenity of this reserve to bring it to a standard where visitors can now enjoy this space for recreational purposes The motion was carried unanimously.