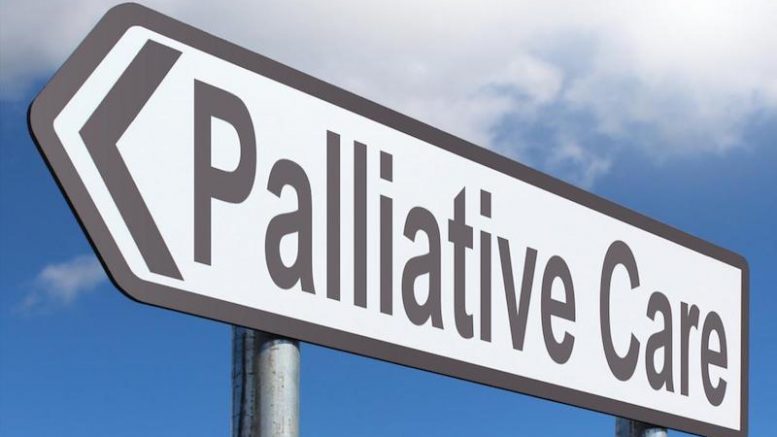 A petition for a Central Coast palliative care hospice is being promoted by local Lions clubs. Image: wikicommons

A petition calling on the NSW Legislative Assembly to discuss the lack of a dedicated Central Coast palliative care hospice is being circulated on the Central Coast, and local Lions Club branches are calling on locals to sign in support.

The petition was formed following the Elsie’s Retreat public meeting, hosted by Central Coast Lions Clubs, held at Mingara Recreation Club, in August.
The meeting was attended by Central Coast residents, Central Coast Local Health District representatives, local Members of Parliament, members from various Central Coast Lions Club branches and cancer survivors.
Many who attended were shocked to learn that of the eight Local Health Networks across NSW, the Central Coast was the only one without a dedicated palliative care hospice.
Pam Warton, an advocate for the Elsie’s Retreat Hospice, has been sharing the story of Elsie to bring awareness of the petition, and of the story of the woman who sparked the movement.
“Elsie was a local, single, retired registered nurse living with cancer,” Warton explained.
“Elsie recognised a gap in the choices that we have on the Central Coast when it comes to end of life care.
“Our choices at the moment are home, hospital or nursing home.
“If you can’t stay at home, for whatever reason, and unless you are prepared to travel to Sydney or Newcastle to visit and care for your loved one, you will end up in a nursing home, whatever age your loved one is,” she continued.
“Elsie dreamt of building a hospice for the Central Coast, one that allows precious moments to be shared with family and friends.
“One with backup and support for your loved one and all family and friends.
“Her vision was a place like home, with no restrictive visiting hours, family can stay, cook meals if they choose, bring pets and know that their own GP and Palliative Care service can visit just as if they were at home.
“Elsie knew she didn’t have long and left her dream to close friend and neighbour, Oana McBride.
“Oana then brought Elsie’s Dream to Lions International, and without hesitation, they put together like-minded people to form a new club, The Lions Club of Tuggerah Shores.
“The Club has been working hard to bring Elsie’s Dream [Elsie’s Retreat] to reality,” Warton said.
“Oana has also joined the Push for Palliative Campaign to promote the lack of Palliative Care services in regional and rural areas in NSW, and in other states around Australia.
“Elsie’s life ended in a nursing home, only a few weeks after being discharged from hospital, as she was deemed as no longer being acute.
“Her family felt ill equipped to look after her at home so the decision was made.
“Oana visited Elsie only days before her passing, and she told Oana: ‘I am dying in hell, this is hell’.
“The Coast deserves a better choice.
“We deserve to have more specialist palliative care doctors, nurses and allied health, as well as a standalone palliative care unit,” Warton said.
Elsie’s story has become a call to arms for many concerned locals, and has seen the petition reach 7,000 signatures.
According to Warton, the petition requires a minimum of 10,000 signatures before it can even be brought before the Legislative Assembly.
The petition is calling on the Legislative Assembly to provide funding for the construction and ongoing maintenance of a dedicated palliative care hospice on the Coast.
Anyone wishing to sign the petition should contact their local Lions Club or the Elsie’s Retreat Committee.

Liesl Tesch talks about the main issues in her electorate