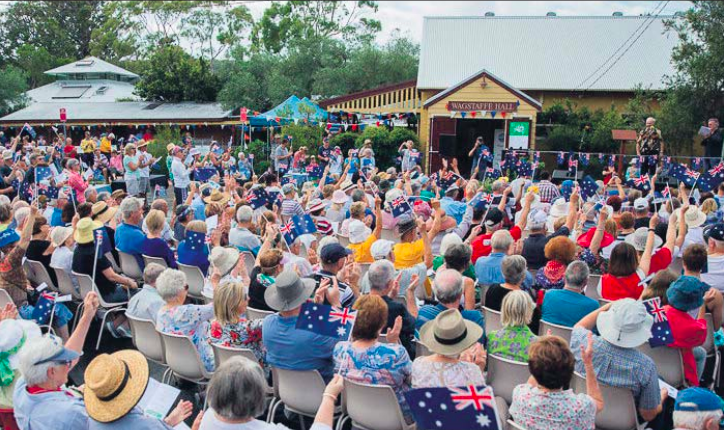 Recognising the achievements of individuals and groups for their outstanding contribution to the local community, Central Coast Council is now open for nominations for 2019 Central Coast Australia Day Awards.

The Coast-wide Australia Day Awards last year saw close to 70 nominations, with, Kate Broadhurst, being named the 2018 Central Coast Citizen of the Year, for her work developing a surf program for children with additional needs. Council Director Connected Communities, Julie Vaughan, said the prestigious Australia Day Awards honour locals who are leaders in the community, or who work quietly behind the scenes, to make the Central Coast a great place to live. “Australia Day is a celebration of our diversity, our values, our national achievements and our hopes for the future. “It is also a special day for the Coast community, as we reflect on our history, our heritage and our people,” Vaughan said.

“The Australia Day Awards are an integral part of our Australia Day celebrations as we honour our local unsung heroes, and shine the light on their contributions to creating a better Central Coast. “Nominations opened on Monday, September 17, and close Friday, November 22, and I encourage everyone to nominate someone they know who is worthy for one of these prestigious awards, and the chance to be named the Central Coast Citizen of the Year,” she added. Each winner from each category will go into the running to be named Central Coast Citizen of the Year.

Mariners will be ready for A-League reboot