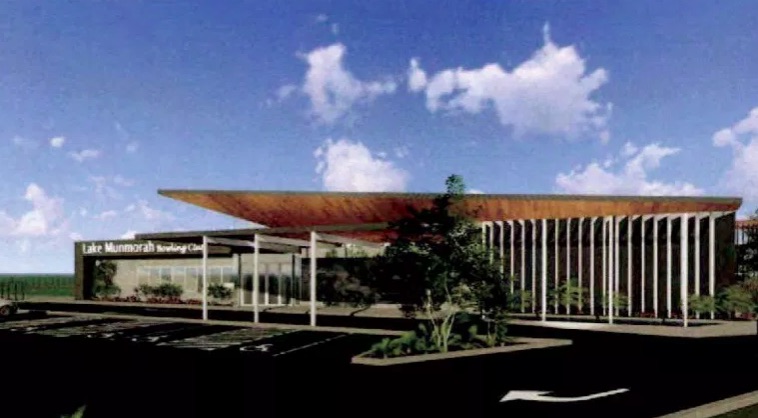 An $8.5m proposal to demolish and rebuild the Lake Munmorah Bowling Club has been lodged with Central Coast Council.

The Munmorah United Bowling Club is located at 550 Pacific Hwy, Lake Munmorah, and is zoned RE2 for private recreation. The 10,963 square metre site also enjoys street frontage on Colongra Bay Rd to the west and Acacia Ave to the south. The site provides an opportunity to better access views, natural light and breezes, whilst maintaining the privacy of neighbouring properties, according to the statement of environmental effects (SEE) submitted to Council in support of the application. According to the SEE, one of the motivators for the proposed redevelopment was groundwater damage in various areas around the site “including mould and mildew growth in the club subfloor.

“The proposed new club will be located towards the western edge of the site, providing unobstructed views to the woodland beyond,” the SEE said. “The existing bowling green in this location is to be demolished and reconstructed in the middle of the site, at a similar level to the new club. “Stair and ramp access is provided from this level down to the existing bowling green to the east, which is to remain. “Site access is proposed to be relocated from Acacia Ave to the south, to Colongra Bay Rd to the west. “Car parking is to remain to the northern portion of the site, with alterations and additions proposed. 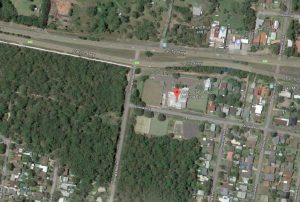 “The proposed design of the new club retains the same functions as the existing club, however, is relocated and redesigned to further access views, sun and breezes. “The site will maintain two bowling greens, however, the relocation of one bowling green is proposed. “The club is designed with administration, back of house, loading, and gaming to the north, effectively providing an acoustic buffer from the road noise from the Pacific Hwy. “This allows the high activity public zones to access desirable views within a protected space. “Primary circulation through the club occurs off a central axis with raised clerestory glazing, which guides patrons to the southern zones of the building. “Sports lounge, lounge and associated terrace are located to the east with views over the proposed bowling green. “Lounge, café, dining and associated terrace are located to the south, and function rooms and associated terraces are located to the west with outlook over adjacent woodlands.

“The new proposal provides 7 accessible car spaces directly opposite the main club entry, while accessible kerb ramps will be provided to allow transition from car park level to club level. “The entire club is proposed at one level, allowing disabled access to all areas, including new compliant amenities. “Furthermore, an AS1428 compliant ramp is provided to allow disabled access to the existing eastern bowling green from the newly proposed green at Club level. “The execution and compliance of accessibility to the premises will be further addressed during the construction Certificate phase of the project.”