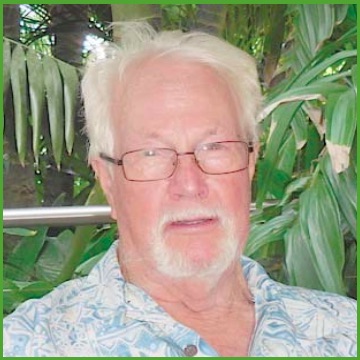 Noel Olive’s final Olive Branch Gallery exhibition at Umina later this month will be a show of his own works.

Mr Olive, who has recently moved into aged care, said he had been involved all his life in the process of reconciliation between whitefellas and blackfellas. To show respect and seek social justice for our first Australians has been his hallmark, he said. He has written three books, Karajini Mirlimirli, Enough is Enough and Out with the Pilbara Mob.

Noel Olive has been a big part of the Central Coast community since he moved from Western Australia in the mid-1990s, according to Ms Barbara Kelly from the Gallery.

“His natural curiosity about people and his interest in their lives meant that he became involved in many areas of community life,” she said. “At various times, he has been a leading force in the Central Coast U3A, a member and supporter of The Greens and Friends of the ABC, an activist for constitutional change, an artist, writer, poet and confidante of many. “His home in Umina has been his castle, and his art gallery a venue for many functions including memorable Melbourne Cup events, multiple art exhibitions, social gatherings, birthdays, poetry readings as well as a place to call in for a cuppa, or something stronger.

“Noel loves everything about nature, especially native birds and flora, and his garden has been his pride and joy. “He likes nothing more than to sit in it and watch the birds bathe in the pond or squawk at him from the trees. “But more than anything, Noel’s commitment to, and passion for Aboriginal rights to recognition and legal and social justice have defined him as an outstanding advocate and friend. “Noel’s early life as part of a struggling communist family in the outer suburbs of Sydney, shaped his fierce desire to work towards the creation of a fairer society and to view and treat Aboriginal people with respect and positive regard.”

He left school in the 1940s and headed to outback NSW and QLD where he worked as a drover before returning to Sydney in the 1950s, to join the Communist Party and work on the wharves and building sites as a job delegate. “The period he spent in the bush gave him a lifelong love of Australian flora and animal and bird life, and the landscape of the ‘great brown land’. “The wonderfully expressive photos in his book attest to this feeling of admiration of country.” Noel qualified as a lawyer in 1982 working in various capacities and was one of the members of the inner Sydney community campaign calling for a Royal Commission to investigate Aboriginal deaths in police custody and in prisons throughout the country.

“His work with Aboriginal people in Western Australia as a powerful and dogged advocate is legendary and lit the spark for his three books about them,” said Ms Kelly. His farewell party and last art exhibition at 5 Onthonna Terrace, Umina, will be held on Saturday, September 22, at 3:30 pm. He has worked tirelessly for his community by inspiring local artists to show their work at the Olive Branch Gallery in a series of events over the last eight years. This exhibition “The Pilbara and Other Places” will show his own artwork.

Exhibition opening hours will be from 10 am to 3 pm, Sunday and Monday, September 23 and 24.