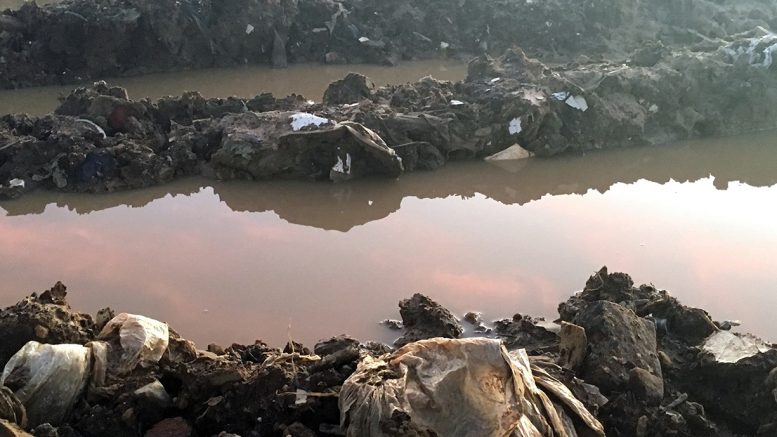 A Special Commission of Inquiry into the Mangrove Mountain landfill and illegal dumping at Spencer should be convened by the NSW Government, according to Central Coast Council.

Clr Kyle MacGregor repeated earlier calls for a Commission of Inquiry with judicial powers to ensure that the Government would look at this issue “in the interests of the people.” Mayor Smith said the Inquiry is needed and Council is keen to support the process, which came out of the Upper House inquiry into waste. “A Commission of Inquiry would provide the answers to a number of questions relating to the Mangrove Mountain and Spencer landfill and dump sites,” Mayor Smith said.

“How the sites are regulated and their operation should all be addressed, as well as why the Mangrove Mountain Landfill was approved in the first instance. “This is a priority issue for Council and one of the first things we did, following the election, was to set up an Advisory Committee specifically to look at the Mangrove Mountain landfill site and the illegal dumping at Spencer.” Council has previously welcomed the recommendation for an inquiry and will now write to the relevant NSW Minister(s) and Shadow NSW Minister(s) and the NSW Upper House crossbench spokespersons on the environment, to inform them of Council’s decision to support this Special Commission of Inquiry.

Clr Richard Mehrtens said the NSW Parliament had recently completed a Parliamentary Inquiry into Energy from Waste, that’s terms of reference were broadened to include issues surrounding Mangrove Mountain landfill. The NSW Government’s response to the report from that inquiry was due on Friday, September 28, and Clr Mehrtens said he hoped the Government would adopt one of the committee’s recommendations, which was to hold an independent inquiry into the Mangrove Mountain landfill. Councillor Louise Greenaway said Council needed to seek an urgent undertaking from Government, on behalf of the long-suffering residents of Mangrove Mountain, to demonstrate that Council had their interests at heart to make an effort to ensure a Commission of Inquiry was undertaken.

“The mess at Mangrove Mountain has been going on for some time and the community’s efforts to get closure have been mammoth,” Clr Greenaway said. “A special Commission of Inquiry is needed to establish the statutory failings of the former Gosford Council and/ or the EPA, and only a special Commission of Inquiry can generate such findings,” she said. On Wednesday, September 26, NSW Environment Minister, Gabrielle Upton, said she would be releasing the Government’s response to the Energy from Waste Inquiry on Friday.

Coast Community News specifically asked Minister Upton whether she would respond to the inquiry’s recommendation for the NSW Government to initiate an independent inquiry into the Mangrove Mountain Landfill.

She was also asked for a response to Council’s resolution and to their calls for a special Commission of Inquiry with judicial powers as the only way to get to properly investigate any potential statutory failings by the former Gosford Council or the EPA. Minister Upton did not address those questions, instead sending the one sentence response: “The Government will release its response to the inquiry by Friday”. Shadow Minister for the Central Coast, David Harris, said: “Back in March, Labor welcomed the recommendation for the NSW Government to establish an independent inquiry to investigate the operation, regulation and approvals of the Mangrove Mountain Landfill site.

“Six months on, it is time for the Government to act,” Harris said. “Labor is calling on the Government to follow through on this bi-partisan recommendation and get an inquiry up and running,” he said. “The Government has waited until the 11th hour to release their response to the recommendations, but the saga has gone on long enough – it’s time for action.” “Labor has been calling for an inquiry since day one,” said Member for Gosford, Liesl Tesch. “It is the only way to make sure that all the issues get the hearing they need and that the community can get the answers it so sorely deserves,” she said. “In the more than 12 months since this scandal was revealed, the EPA has been referred to the ICAC, Central Coast Council has established an Advisory Committee on the matter, and legal proceedings have commenced. “All of these will go some way to uncovering how illegal dumping was allowed to go on and on, but only a Special Commission of Inquiry will be able to delve deep and wide enough to settle it once and for all.

“After the NSW Attorney General’s report on the EPA’s failings regarding regulation and monitoring of NSW drinking water supply licences and failure to stop illegal dumping, I’m standing alongside Central Coast Council. “I called on the Government to conduct an independent inquiry into the Mangrove Mountain Landfill in a Notice of Motion on Wednesday, September 26 and a Private Members Statement on Thursday, September 27 in NSW Parliament. “Whilst the matter is in the Land and Environment Court, the Minister for the Environment refused to answer my recent Question Without Notice during Question Time claiming the LEC as an excuse. “It seems the Minister does not understand that the request by the Mountain Districts Association, Central Coast Council and our community for an independent inquiry into Mangrove Mountain landfill and the application made by Verde Terra in the LEC are two totally different issues.

“After being a member of the Parliamentary Waste Disposal Industry Inquiry Committee in NSW, MLC Taylor Martin has also put pressure on his own Liberal Government to take action. “All we can do in the twilight hours before the statutory obligation recommended by the NSW Parliamentary Inquiry into Waste expires, is hope this Sydney-centric government bothers to listen to the people of the Central Coast and act to protect our water catchment now and into the future.”

Harris backs calls for an inquiry into Council