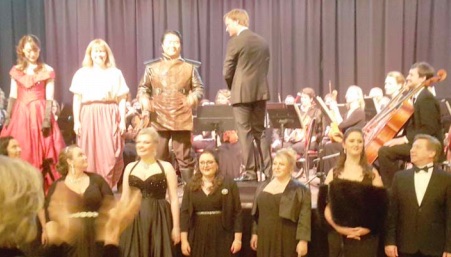 Some of the Coast Opera Australia performers at the ovation.