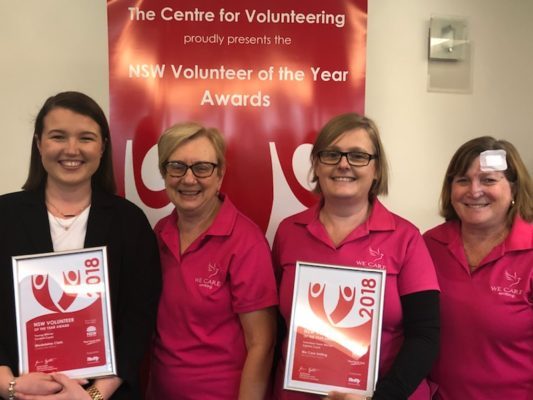 Centre for Volunteering CEO, Gemma Rygate, said “Volunteers from across the area give their time helping in schools, hospitals, sports, the environment, and with so many community based organisations. “They all give so much without asking for anything in return. “It was so pleasing to recognise their outstanding efforts and also celebrate the special contribution of the volunteers chosen, to represent the region in the State fi nal of the NSW Volunteer of the Year Awards,” she added.

To be considered for the Overall Regional Volunteer of the Year Award, local volunteers must first be awarded in one of the other volunteer categories. Galvin was named the Senior Volunteer of the Year as well, which qualifi ed her to take out the Overall Regional Volunteer Award. “Over the past decade, Barbara Galvin has personally funded and raised money to buy four vehicles to transport cancer patients to their treatment across every corner of the Central Coast. “The service is run on behalf of the NSW Cancer Council and has helped transport more than 7,000 patients over 1,000,000 kilometres,” said Rygate.