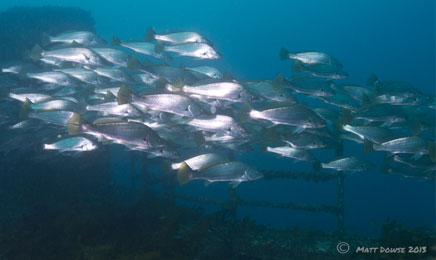 Councillor Bruce McLachlan has decided to stand up for local anglers, calling for Central Coast Council to use its Regional Super Council Status, to demand the NSW Government construct artificial reefs off the Coast.

Clr McLachlan will bring his motion “to demand a better deal for Central Coast fishers” to the Council meeting on Monday, September 10. The motion said: “That Council acknowledges the concern of many local residents, of loss of angling rights to certain areas of the Central Coast in the current proposal for the Sydney Marine Park.

“Fishing has always been, and remains, a major, core recreational activity of our Central Coast lifestyle,” Clr McLachlan said. He has called for “Central Coast Council to now use its new Regional Super Council Status, to demand that NSW Government consider the construction and placement of artificial fishing reefs off the Central Coast, the same as other regions, in consideration of the Marine Park proposal.

Drones being used for surf and rescue purposes