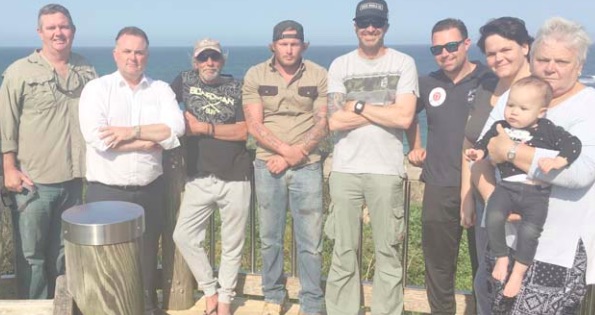 As the NSW Greens feared the State Government was about to ‘backflip’ on its plan for a marine park from Newcastle to Wollongong, Member for Terrigal, Adam Crouch, decided to stand with the community and oppose his own government’s proposal.

“Over the past few weeks, I have engaged with local stakeholders and residents who have expressed signifi cant concern about the Marine Estate Management Authority’s proposal of 25 new marine park sites between Newcastle and Wollongong,” Crouch said. Information booths held at Terrigal, Forresters Beach, The Entrance, Wamberal and Killcare further demonstrated the community’s opposition, he said. “It is important to protect marine life and the ocean for future generations, but in my view, the proposed marine park sites for our region are not the way to achieve this. “As I have said before, I believe that this proposal is too extreme and won’t work for our Central Coast community. “Fishing is a crucial part of the Central Coast’s lifestyle and economy.

“I am listening to the needs of our community and appreciate that in its current form, this proposal could have a signifi cant negative economic impact. “I met with a recreational fisher, charter operator, surfer, game fisher and diver, at the 3,430 hectare proposed Forresters Beach Marine Park site. “This reinforced the strong opposition to marine park proposals on the Central Coast. “The current six-week consultation period ends on September 27 and I strongly encourage everyone concerned by this proposal to ensure their voice is heard, by making a submission to www.surveymonkey.com/r/ HawkesburyDP. “I have made representations to the Minister for Primary Industries and the Minister for the Environment about how this marine park proposal, in its current form, does not get the balance right. “My concerns align with many of the comments being made by our local fishing community, whom I support.

“While it’s just a proposal right now, I want to be clear, I believe that what’s on the table is too extreme and won’t work for my community,” Crouch said.

“We support marine parks and the protection they bring for our environment and future fi sh stocks. “Ongoing consultation is needed with all stakeholders to ensure this proposal meets the needs of the Coast now and in the future.” The Greens have called on the NSW Government not to give into pressure from the Shooters and Fishers Party and a vocal minority to backfl ip on its plans for the Sydney Marine Park. Recent polling shows up to 90 percent of people in coastal communities support stronger marine protections and the benefi ts they bring for nature and their community, according to The Greens. NSW Greens Marine Spokesperson, Justin Field, said,

“A Sydney Marine Park can help ensure a healthy future for our marine life, communities and economy. “Vested interests in the tackle industry, fi shing TV personalities and the Shooters and Fishers Party are spreading misinformation to build opposition to the proposal. “It’s a narrow-minded, self-interested and opportunist move. “The consultation period should be an opportunity for tweaking the design if needed. “Backflipping on the entire plan will set back the state’s entire marine protection framework. “The community will overwhelmingly support a plan that protects our marine environment for future generations. “They need the NSW Government to stand fi rm and deliver this lasting legacy of healthy oceans,” he said.