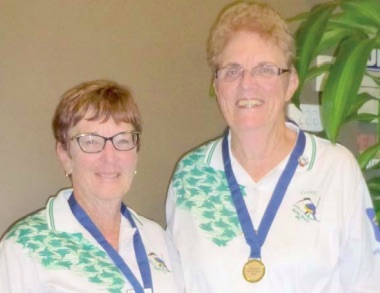 Ms Pat Neal and Ms Lesley Swales were the club’s winning duo, who played against a team from Valentine winning 17/12. Club publicity officer Ms Carol Hadley said both women were elated to have the win. “The playoffs of the Region 6 Senior Pairs Lawn Bowls Championships were held on July 15 at Ettalong Bowling Club where Central Coast District winners played Lake Macquarie District Winners. “Central Coast teams won the Singles, Senior Pairs, Mixed Pairs, Open and Senior Fours, while Lake Macquarie took home winnings for the Open Pairs and Triples,” Ms Hadley said. Ms Neal and Ms Swales will now go on to play in the State playoffs to be held on September 5, at Taren Point in Sydney.

Australian Under 20 championships to be held at Basketball Stadium