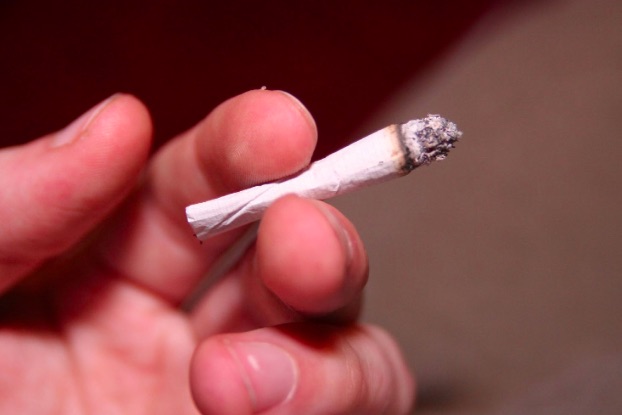 [Forum] Cough, Gasp, Splutter, Splutter.
There have been many functions in Kibble Park.
The first one I went to was last year.
It was Christmas time.
There were Ambulance officers present, food stalls etc.
But the thing that stood out most of all were smokers.
Make no buts or butts about it, a blind man would have been aware that they were there.
I have attended most of these events, but I did not stay long because of the smokers.
But or butt what cheesed me most of all, there were little kid’s in prams whilst their irresponsible parents puffed smoke in the air.
Since the smoking laws have come into place, there are many signs in Kibble Park indicating no smoking.
It has been noted that whenever I go to the local shops I have seen smokers standing under the no smoking signs.
Some of their friends have taken photos of them under these signs.
I have listened to these fools ask their friends to take a photo of them smoking under these non-smoking signs, because no one will do anything.
The Council does not have the authority to issue fines.
The police have spoken to numerous smokers warning them about smoking.
The transit police spoke to workers at the bus stop near the old post office, Gosford, about their smoking.
But when the police left, the workers did what they did best, smoke.
On Wednesday, a worker on a building site got a parking ticket.
He threatened me, saying if he got another parking ticket, then he would fix me.
On Wednesday, I complained to the police again, and in a short time, I returned to where I reside, and a police officer spoke to the site manager.
The only government department that has issued fines for smoking has been the police.
Not once since the non-smoking laws have come into effect, have I seen an officer from the health department issue a fine in Kibble Park, Gosford.
If they say they did, how come the same people smoke every day at the same time, in the same place?
Last week I was not well.
I headed to Gosford Hospital, and stopped when I saw three staff members smoking.
They were behind a bush and behind them on a wall, there was a sign indicating no smoking.
I also observed a patient smoking.
I turned around got a train and went to Hornsby Hospital instead.
I did not see anyone smoking at Hornsby Hospital, I have been there on many occasions.
Each time I have attended, I have never seen a staff member or patient smoking and there is no evidence of cigarette butts on the ground.
So, if you have nothing to do, put on a face mask and take your cameras and a few friends with you.
Go on a trip to Gosford Hospital, where you will see staff and patients smoking, then take a look on the ground and in the garden.
Perhaps the health department should employ non-smokers and then, and only then, the law will be enforced.