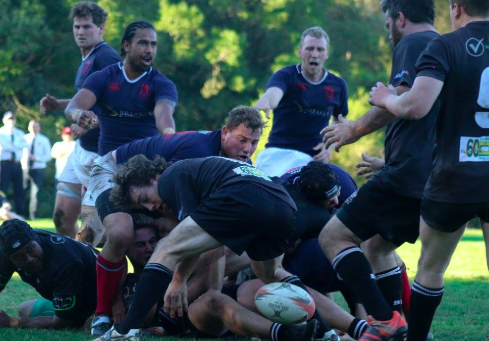 The Central Coast Rugby Union competition remains a closely fought affair. The Match of the Day saw Ourimbah maintain their successful run of victories, when they defeated Kariong by 26 points to 19, at Kariong Oval.

Ourimbah started off strong and took the lead, going into the half time break comfortably with a score of 19 to 5. However, the second half of the game proved to be an arm wrestle, with both teams throwing everything at each other. Kariong was able to outscore Ourimbah in the second half, by 14 points to 7, but time ran out and it was not enough to win. Despite the loss, Kariong hangs on to fourth spot with a very possible spot on the cards for the finals. Avoca Beach and Woy Woy drew at Heazlett Park. Both teams did control play at various stages, but neither was able to go on to dominate the scoring. Avoca Beach was able to jump to a convincing 24 points to 14 lead in the second half and it seemed likely that they would win; however, the final 10 minutes was controlled by Woy Woy, scoring their fourth try in the match at fulltime. By this point, the match was locked at 24 points apiece. Avoca Beach were best served by Emile Thomas, while good performances by, Mitch Jacob, Adam Chettle and Matt Pebbles, who were rewarded with a try each.

Terrigal was able to cement their second place spot on the competition ladder when they defeated Hornsby by 34 points to 12, at Mark Taylor Oval. Neither team was able to gain any real ascendancy in the first half, with Terrigal only going into the halftime break with a lead of 10 points to 5. Terrigal was able to take control in the second half, posting a total of 24 points, while the home side was only able to respond with a converted try. The best players for Terrigal were flanker, Ryan Metcalfe, and wingers, Brent Merritt and Dan Sargeant. Warnervale scored a win over Gosford at Gosford showground, by 27 points to 12. Warnervale had built up a lead of 22 points to 7 by halftime, and it was this effort that was able to secure their eventual victory. The second half was a more even affair, with both teams only scoring a try in the final 40 minutes. Gosford was best served in this period by Sam Underwood and Drew Neist.

Smoke, fire … and now for summer