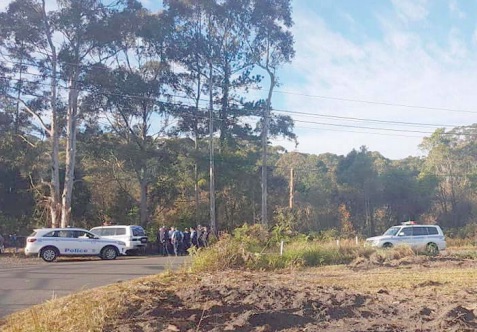 Mr Murray Harris, Transport for NSW’s Project Director of the New Intercity Fleet, told the Environmental Defender’s Office that “as a goodwill gesture” TfNSW will not remove any trees from Orchard Rd, Kangy Angy, until it provides a comprehensive reply to the EDO’s concerns.

Mr Harris said in his initial letter to the EDO: “Your email raises some very serious matters in respect of vegetation proposed to be cleared along Orchard Rd. “We confirm that TfNSW is currently considering the contents of your email and expects to be in a position to provide a comprehensive response to you by the end of next week [August 10].

“TfNSW does not believe there is any legal merit to your client’s concerns, but as a goodwill gesture, will agree not to remove any trees in the vicinity of Orchard Rd until such time as our comprehensive response is provided to you. “This should not in any way be considered to be any admission of liability or omission by TfNSW or its contractor in respect of this matter.” The EDO repeated its request for copies of plans and documents. Elaine Johnson, the EDO’s Principal Solicitor also called for a longer delay so residents could consider TfNSW’s response.