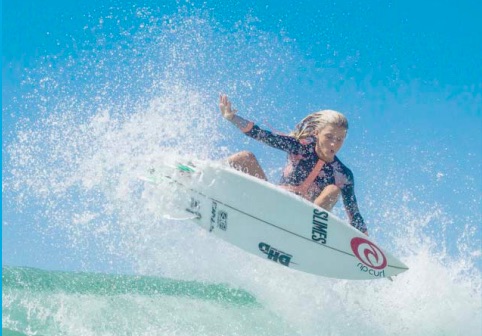 Picklum was one of four NSW Junior Champions to emerge from the titles, held at Macauleys Beach, Coffs Harbour, on July 24. The win sees Picklum claim her second NSW title in as many years, taking out the Under-18 Girls’ event in 2017. Picklum remained busy in the 25-minute exchange, catching a whopping 11 waves, and was able to get the better of the heat, thanks to a 12.8 two-wave heat total, which allowed her to pull ahead of Bodhi LeighJones (Avalon) by a 1.60 margin.

It was an amazing result for the young surfer, who came into the competition fresh off the back of the World Surf League’s Skullcandy Pro Junior event, where Picklum placed fourth in the Women’s Division, just a week earlier.