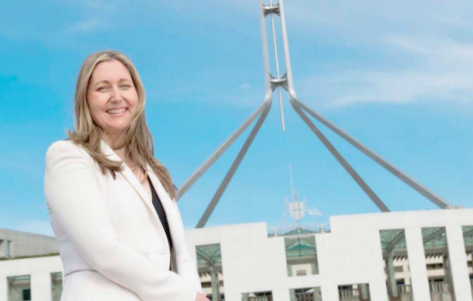 The forum was held by Federal Labor’s Medicare Taskforce, a committee tasked with driving discussions and informing policy on health and ageing. Federal Member for Dobell, Emma McBride, said she requested the committee come to the Central Coast to hear firsthand from the community the very real challenges in aged care provision, and the success stories. The Taskforce visited Bupa Bateau Bay to see the University of Newcastle’s Senior Smiles oral hygiene program in action, and to join in the regular Wednesday playgroup that meets in the aged care facility.

“It was important to show the Taskforce some really positive things happening in aged care on the Central Coast, and introduce them to members of the Central Coast Dementia Alliance, which has formed to make the Coast a dementia friendly community,” McBride said. “Too many people are contacting me saying that they have been waiting up to a year to access home care packages. “Home care packages are critical to helping people stay in their own homes where they can be happier and healthier for longer. “I also have concerns about people working in aged care who are not well paid and under enormous stress,” McBride said. Taskforce Chair and Federal Member for Newcastle, Sharon Claydon, said “We’ve learnt that there wasn’t a single extra dollar for aged care in the Budget. “Instead, the meagre 14,000 new home packages were funded through cuts to residential care,” she said. Taskforce Deputy Chair, Dr Mike Freelander, said “The waiting list for home care packages grew by 20,000 just in the last six months of 2017. “

The extra 3,500 packages a year won’t even keep pace with growth, let alone address the ballooning waiting list,” he said. “Even worse, more than 21,000 residential aged care places are set to be cut over the next three years to pay for the 14,000 home care packages,” he said.