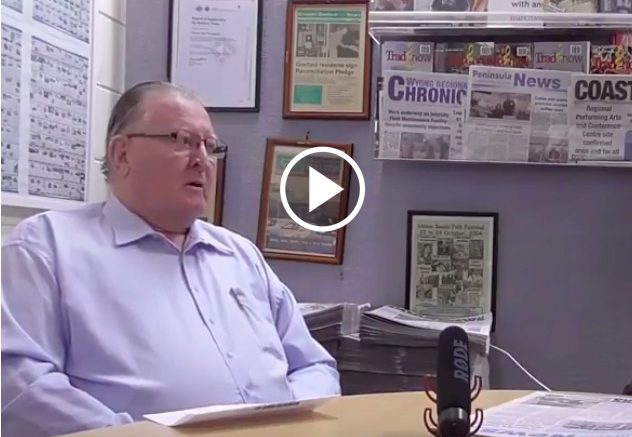 Laurie Maher has officially retired from his post at Coast Shelter but Coast Community News had a final chat with Laurie about whether the current acute levels of homelessness across Australia can be fixed and, if so, how.

Maher’s knowledge and expertise in the area of housing are deep and wide and he does not hesitate, in his final official preretirement interview, to say what he thinks. When asked about how he feels when governments declare budget surpluses whilst cutting programs to help the needy, he said: “I just get embarrassed”. “I have a roof over my head, a bed to sleep in and a kitchen to cook my food in but my brothers and sisters have nothing,” he said.

Maher said the slide towards to current levels of homelessness has been gradually occurring since the end of World War II as successive Federal and State governments have “taken their eye off the ball”. Changing the mindset of politicians is the answer, according to Maher. He said we must “continue to educate our politicians to get out of the mindset of ‘I’m alright Jack’ and think of those less fortunate”. “They must focus on the fact that housing our citizens is an absolute priority,” he said.