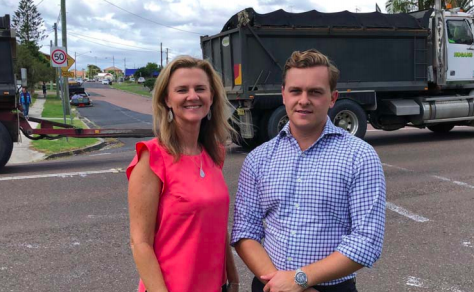 The politicisation of Council has continued, with the Member for Terrigal, Adam Crouch, Member of the Legislative Council, Taylor Martin, and Central Coast Councillor Jilly Pilon, condemning Council’s decision to reduce to 15 the number of submissions required for a development to be referred to a Council meeting.

The Liberal MPs and Councillor Pilon said “a Labor-Independent alliance of Councillors voted to dramatically reduce the number of objections required for a Development Application to be reviewed by Councillors from 50 to 15. “This follows a near identical move by Council in January, which was quickly overturned,” the statement said. Crouch said the decision, moved and seconded by Labor Councillors, was a contradiction of a staff recommendation. “This decision is a direct contradiction of the expert advice from Council itself, which had proposed 25 objections to trigger Council review,” Crouch said.

“Once again, Labor and Independent Councillors have rushed changes through Council at the very last minute, without properly understanding the threat this may pose.” Mr Martin said the Central Coast Regional Plan expects the population to increase by 75,500 by 2036, with 24,674 new jobs and 41,500 new dwellings required. “This change is only going to make the Council’s task of accommodating these numbers, of creating more jobs and facilitating the supply of more affordable housing, much more diffi cult,” Martin said. “The NSW Government has been working hard to assist councils to reduce the time that it takes for a council to determine the outcome of Development Applications.

“To support the Premier’s Priority of delivering an average of 61,000 housing completions per year, the Government has set a target that 90 per cent of housing approvals be determined within 40 days by 2019. “This decision by Council will jeopardise its ability to reach that target.” Cr Pilon said: “I am disappointed that time and time again, some Councillors are using their position to overrule the expert advice of staff. “Rather than placing a handbrake on growth, I call on all Councillors to constructively work to deliver for the Central Coast’s future.” Mayor Smith said: “I believe the decision is the right one. “The majority of submissions during the consultation period supported a trigger of 15 objections. “The staff report also showed, based on DAs received in 2017, that the difference between 15 and 25 objections is fi ve additional DAs would have come to Council for consideration.”

Council has forgotten it is there to ensure equal rights