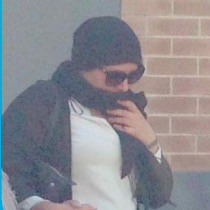 Curtale faced three charges, including dangerous driving occasioning death, and fail to stop and assist. Beattie’s body was located in bushes just off Scenic Dve, near San Remo, on July 29. Police allege that he was walking along Scenic Dve on the evening of July 28, when he was fatally struck. Curtale presented herself to Toukley Police Station on July 31, after Tuggerah Lakes Police District put out an appeal for witnesses. Her case has been adjourned until October. She remains on bail.