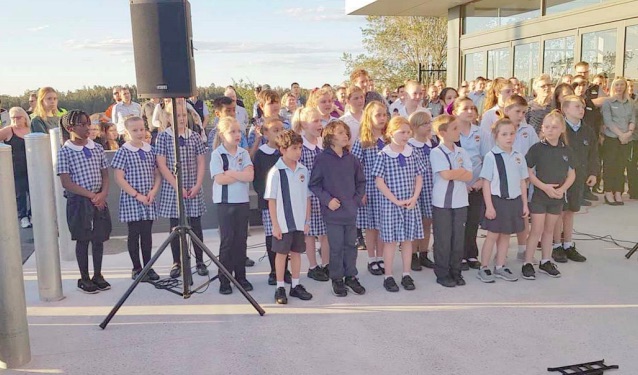 Member for Wyong, David Harris, has welcomed the swathe of new development and jobs in the Greater Warnervale area, as Woolworths opened its new Wadalba store on August 1.

Woolworths had previously indicated that their next priority, following the opening of their Wadalba store, will be the long-awaited project at the proposed Warnervale Town Centre site. The Town Centre site is also currently seeing the construction of planned housing developments and a park being built by Council. The pace of infrastructure development in the area has picked up in the last year, with a long-awaited new ambulance station being built at Hamlyn Terrace, along with a new private Hospital being built at Kanwal. This is being further complemented by the beginning of the $200m upgrade of Wyong Hospital, representing a huge investment in health infrastructure in the area.

Work has also begun on the new Bunnings development at Lakehaven and a series of industrial and commercial developments ongoing at North Wyong, marking a good sign in the battle against the Central Coast’s 18.1 per cent youth unemployment rate.

David Harris said he welcomed the investment and development in the area and committed to continuing to fight for further funding for local road upgrades and infrastructure needs. “After years of what seemed like a lack of interest from Government and the private sector in our area, we are seeing vital community infrastructure being delivered in and around the Greater Warnervale Area,” he said. “These investments will be a significant boost for jobs in our local area and mean residents have access to better services, closer to home. “I look forward to Woolworths hopefully following through and prioritising its long-awaited development at the Town Centre site. “In 2016, we were facing the imminent privatisation of Wyong Hospital and not much in the way of local service development. “We have fought hard to get where we are and it’s great to see the progress.”