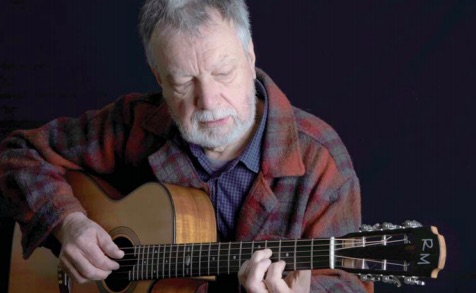 The Troubadour Folk Club is moving venue after 20 years of holding its events at the Woy Woy CWA Hall. The new venue will be the St Luke’s church hall in Woy Woy.

“The success of the Troubadour in Woy Woy has meant that we have outgrown our longstanding venue,” said Troubadour president, Mr Michael Fine. “The first regular concert event in our new venue will be a special concert from virtuoso blues guitarist Jim Jarvis on Saturday, August 25.” Mr Fine said: “St Luke’s is an easy walk from the station, with a comfortable cafe style and theatre seating. “It is air-conditioned for summer and winter, with great facilities for sound and the preparation of coffee, tea and food.

“Both performers and audience are sure to enjoy a great folk experience in a warm and friendly setting,” he said. Mr Fine said parking was available at the rear of the church, in Blackwall Rd or in Park Rd. He said Jim Jarvis had a “distinctive, haunting blues voice” and a “tasteful and virtuosic guitar style”. “He has a polish and finesse of a fine, traditional and world-class blues musician and is recognised by those in the know as one of Australia’s finest finger-picking guitarists and blues singers,” Mr Fine said. He said Mr Jarvis had been performing since the 1970s around Sydney in the folk scene and more recently in the Blue Mountains. “Jim has been a member of several well-known bands, including the Hokum-On-Somble and the Other Brothers.

“He has played with the late ‘Earlwood Greg’ Derrig from the Central Coast in Three Left Feet. “Jim has also played in recent years at Hardy Bays with Greg Olsen and Walter de Jong,” Mr Fine said. Tickets available at the door. Doors open from 7 pm.