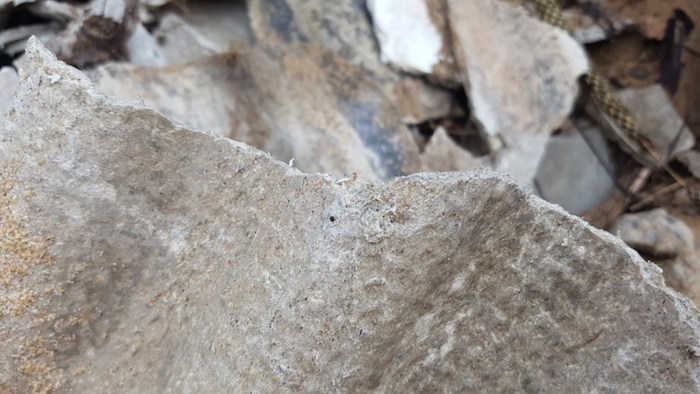 A discussion about ongoing findings of asbestos on Wamberal and Terrigal Beaches was deferred by Central Coast Council until “a response is provided to all questions raised in regards to the asbestos issue”.
Meanwhile, Coast Community News has been sent responses prepared by Council staff to questions sent to all 15 elected Councillors.
According to the staff response, the 2016 Wamberal Beach Storm Erosion Report remains in draft form “because Council did not seek to have the report issued in final form, as there was no utility in doing so”.
A question about whether or not the consultant was paid for preparation of the draft report was not answered.
An earlier staff response to an April 23 urgency motion stated that the report did not contain “clear actions for Council”.
However, the brief given to the consultant who prepared the report was to “identify and prioritise” storm remediation works.
Council staff did not answer a question about the recommendations and actions set out in the report other than to refer Coast Community News back to its previous answers.
As a by-product of its brief, the author of the 2016 report clearly identified unsafe and potentially hazardous materials on both public and private land.
Council was asked whether or not it agreed with that assessment of the 2016 report.
“A wide variety of building material is located on and under private and public land at Wamberal Beach,” the staff response said.
“That material presents risk, depending on the type of material and where it is located.
“As stated in the report to the July 9 meeting of Council, Council has engaged a consultant to better assess that risk and provide advice on how to manage that risk.
“There are risks associated with removal of building materials, including those that might contain asbestos, where those materials provide support for the dune or built structures on private beach front land.
“There is no evidence that links the material found in the wash zone to material located in the dune areas of the beach.
“Council is working constructively with the NSW Department of Industry – Lands and Water in that Department’s management of material found below the mean high water mark (ie the wash zone).”
The staff response did not answer whether or not it considered it acceptable to allow inappropriate materials from the beach to be buried again before they could be removed from public land.
The 2016 report strongly recommended their removal before they could be re-covered with sand.
According to staff, the consultant’s recommendations for sand placement against the slope through nourishment or beach scraping “were not considered to be appropriate”.
The report recommended that Council immediately survey boundaries to assess which of the required remediation work needed to be completed on private or public property.
According to Council, “Surveys are being obtained as Council investigates regulatory action against a large number of private land owners.
“It is not appropriate for Council to comment on proposed regulatory action nor the evidence it secures as part of that process.”
A question about how much of the recommended remediation work in the 2016 report had been completed was responded to by staff in the following way: “The question assumes that Council accepted the recommendations in the draft 2016 report, which it did not.”
Coast Community News asked whether the Wamberal Beach Terminal Protection Project Working Group was a Council Advisory Group, whether its minutes were published with Council agenda papers or whether a spokesperson from the group was available for comment.
The answer to those questions was a single “No”.

Emma McBride to help decide the future of Australian music