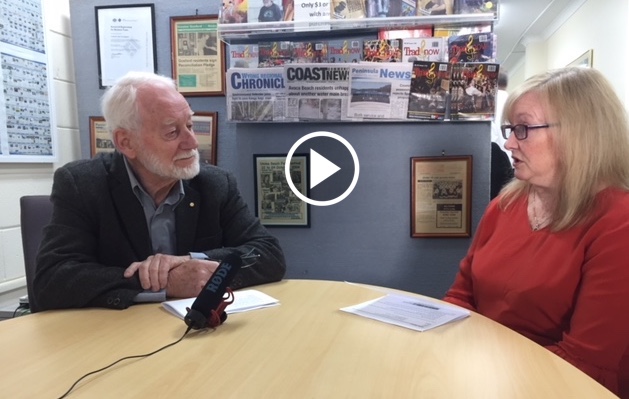 The residents of Kangy Angy saved a stand of trees on Orchard Road but Tony Caldersmith explains how a quiet semi-rural neighbourhood became the site for a major industrial facility.

According to Caldersmith Transport for NSW wanted to build its train maintenance facility north of Wyong and South of Wyee. Warnervale was the preferred location but Wyong Council had other plans and offered alternative land at Kangy Angy. Wyong Council was having a bet each way, writing to residents promising to upgrade their access and make it flood proof after offering the land to TfNSW, he said.

KARAG failed in their bids to stop the rail maintenance facility from going ahead and are already living with the consequences, he said. “Even now it is a major industrial site with all the things that go with it like dust, trucks running around there.” Transport for NSW have even reneged on an offer to provide residents with town water and sewer, he said. The main lesson for the broader Central Coast community is that the State Government is allowed to do this sort of thing on environmental land for “critical infrastructure, ” Caldersmith said.