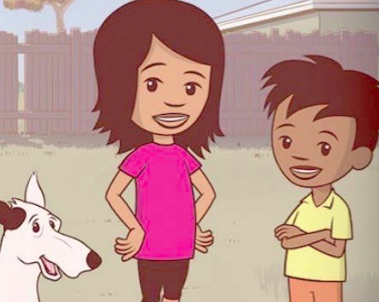 A children’s television series producer from the Bouddi Peninsula, Mr Ned Lander, has won a 2018 Logie Award for Most Outstanding Children’s Program.

Australia’s first indigenous animated series Little J and Big Cuz won the award. The program is produced by Mr Ned Lander of Ned Lander Media in partnership with NITV. Little J and Big Cuz is the story of two Indigenous Australian cousins living with their nana and her dog. Together with their nana and their teacher Ms Chen, the pair navigates all the ups and downs of childhood and school life whilst learning about culture, community and country. Mr Lander said the show was now up for a second season scheduled to air in 2019 thanks to a new partnership with the ABC.