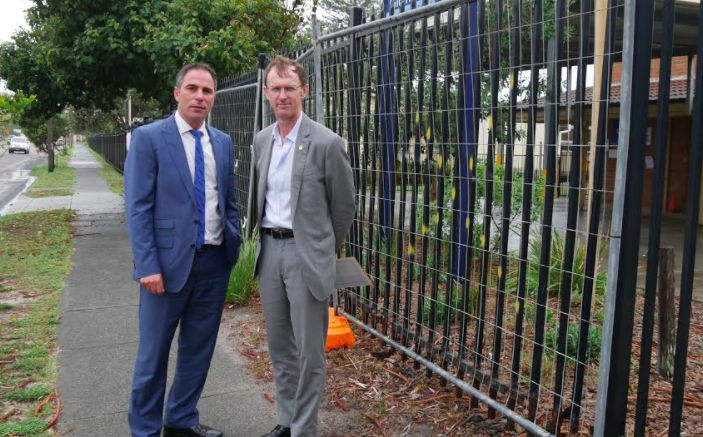 Labor candidate for Terrigal, Jeff Sundstrom, has announced that his party’s Cool Schools policy would result in all schools in the Terrigal electorate being fully air-conditioned under a NSW Labor Government.

Sundstrom said that NSW Opposition Leader, Luke Foley, announced in his 2018 Budget Reply, that Labor would add its $300m ‘Cool Schools’ policy to the $500m allocated in the State Budget to bring the total to an unprecedented $800m, to provide better learning environments for school students. School Infrastructure NSW would be tasked with the delivery of school airconditioning, while solar panels will be utilised to help off-set the running cost to each school. Each school would be audited to determine their individual need. “Children can’t achieve exceptional learning results if they are stuck in sweltering classrooms,” Foley said. The ‘Cool Schools’ policy forms an essential part of NSW Labor’s comprehensive plan to deal with the overcrowding crisis which is affecting a growing number of schools.

Under NSW Labor, surplus government land would go towards building new schools and expanding existing ones in an unprecedented schools building program. Every new public school would also have on-site childcare, or before and after school care facilities, and all new schools, including public, Catholic and independent, would be exempt from local infrastructure charges. Jihad Dib, Shadow Education Minister, said Labor wanted children and teachers to have the best learning and teaching environment possible as part of a world-class education system. “That means that they are not fatigued in a sweltering classroom in the height of summer. “We recognised that airconditioning is crucial in areas which experience hot and humid temperatures, now our $800m commitment will see all classrooms in NSW airconditioned,” Mr Dib said. Member for Terrigal, Adam Crouch, said the NSW Government had already announced a $500 million commitment over five years to provide a sustainable air conditioning program for NSW schools.