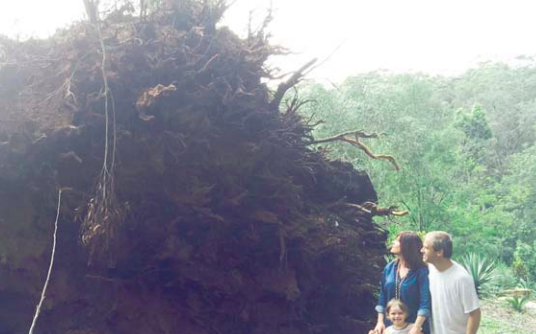 The tree that ended up in the living room of Member for Robertson, Ms Lucy Wicks

A campaign by Member for Robertson, Ms Lucy Wicks, for an inquiry into biotoxin related illness in Australia, has been successful.

The House of Representatives Standing Committee on Health, Aged Care and Sport has commenced an official Inquiry into Biotoxin-related Illnesses in Australia. The Committee Chair, Mr Trent Zimmerman, said: “The inquiry will examine the prevalence, geographic distribution, diagnosis and treatment of biotoxin-related illnesses such as Chronic Inflammatory Response Syndrome (CIRS). “The Committee will also examine available research regarding CIRS and illnesses caused from water-damaged buildings in Australia,” Mr Zimmerman said.

Ms Wicks has spoken publicly about becoming ill after water damage to her home following a tree falling through the roof during the April 2015 storms. CIRS has been described as an illness caused by exposure to biotoxins such as mould, often in water-damaged buildings. Current research has indicated that up to one in four people may be genetically susceptible to biotoxin exposure, which can lead to CIRS. Reactions to mould exposure may range from mild to severe. Submissions from interested individuals and organisations are invited by Thursday, August 2.