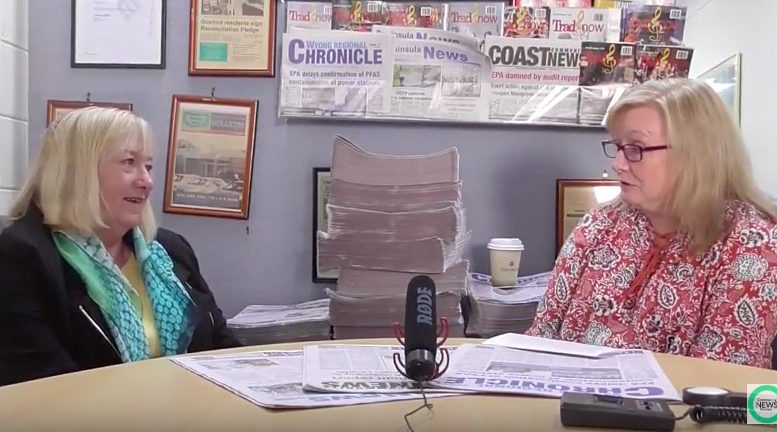 Councillor Jillian Hogan has been Going Off at the Swamp since 1999 and now she is in local government and quietly determined to show how Council can make a difference to the quality of people’s lives.

In the latest Central Coast Newspapers Video News interview, Hogan talks about the success of the GOATS festival and how she became known as Mumma Goats. When Hogan says the young people are our future, she truly believes it and she lives it every day in her role as the manager of the San Remo Community Centre. She has worked in welfare since a very young age and has been active in politics for just as long, working on polling booths since the age of 18.

“I have a strong sense of what people are capable of and I really have a passion to see people’s lives change through the work that I do and certainly the work that everyone else does,” she said. “I believe that people can achieve, they can succeed they can have a really good life if they are given a bit of a hand up rather than a hand out.” Clr Hogan talks about what her social welfare experience brings to the Council table. “I think what it brings to the table is the bigger picture stuff, so it brings in what I can see between federal, state and local government and how they can work together and how they intertwine and how you can get things going at a local level. “But also what one level does has an impact on another and it is not in three silos at all. “I think we have an integral part to play in changing what is going on socially across the Coast. “I think there is a lack of understanding of the issues of social impact on our community. “I just put a notice of motion up about employment because we are a big employer and at the moment we only employ 6 per cent of young people and I would like to see that at least 15 per cent.”

Why do we have to pay for someone else’s deeds