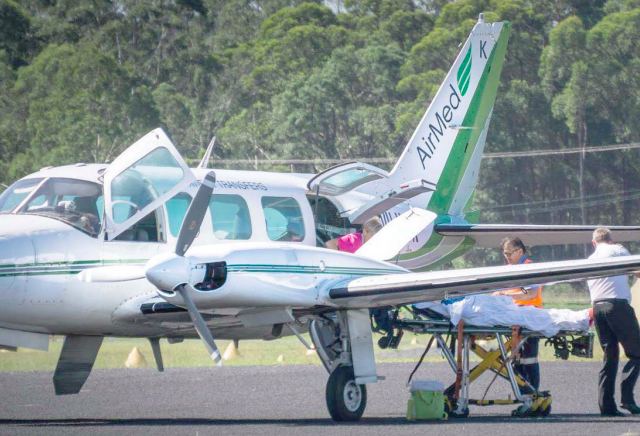 Independent Councillor, Bruce McLachlan, wants the future of the airport at Warnervale resolved, once and for all, but other Councillors are adamant the issue of its future was resolved in November and doesn’t need to be re-visted.

“The whole airport masterplan and supporting documents need to be fully formally exhibited, and the public rightly consulted and their feedback collated,” Clr McLachlan said. “The public have never had their formal right of input into the airport under the former Wyong Council and its time to end the secrecy,” he said. “If the new Central Coast Council had stuck to the original staff recommendation, and rightly applied good governance procedure, had Labor not amended and blocked the recommendation to formally exhibit the Masterplan, we would not find ourselves embroiled in further controversy and mounting legal issues.

“Now, for the sake of ongoing party politics, (Mayor Eaton wanted it, Labor opposed), we are now the Regional Council that has the highest youth unemployment, teenage suicide rates, and the largest commuter population in the country, and are deliberately voting down, and tearing up millions of dollars in the form of a potential new, high-tech light aircraft aviation industry hub, an aviation university school of excellence, and general employment opportunities, without even allowing the Central Coast public to have their say. “The Councillors do not own the Central Coast Airport Land, it’s owned by the people of the Central Coast.

“I do not understand why they would not wish to be open and transparent and consult with their residents on such a major infrastructure asset. “It’s time to end the shroud of secrecy and have a formal community debate on our only aviation infrastructure. “Once it’s gone it’s gone, future generations of electric planes and drone infrastructure will not be based on the Coast. “If the project is as unpopular as the Councillors claim, the public feedback will support their argument of closure and sale. “Councillors are not allowed to take predetermined positions, and must take the public’s view into consideration.

“How can we possibly vote when the public have never been allowed their say. “It’s the Central Coast equivalent to the gay marriage vote. “Until the public have their say, it will always be a controversial, festering political sore point. “It’s time for the community to be consulted.”

Labor Councillor, Lisa Matthews, said Clr McLachlan’s statements about the airport were “not factual”. “The resolution passed by Council on November 28 is still our position,” Clr Matthews said. “The airport issue was resolved by Council on that date, and we would not have to keep revisiting it if Clr Greg Best accepted that resolution and stopped attempting to have it reversed,” she said. “He doesn’t have to agree with the majority decision, but he has a duty not to undermine it.

“Clr Best is determined to do all he can to derail this council and he is doing so at the community’s expense. “Clr McLachlan has been misinformed. “In the previous Wyong Council, we didn’t support the plans for the airport because in our term as Councillors the airport had three locations. “We even called it the airport on wheels. “We always supported the aero-club and the use of the airport for emergency services, but never for growing the airport for commercial purposes.

“The runway cannot be extended beyond its current length because it would be into Porters Creek Wetlands and we believe there needs to be permanent protection of the wetlands,” she said. “We are not supporting closing down the airport or getting rid of the aero club, and we support whatever can happen under the Warnervale Airport Restrictions Act.” Clr Matthews said she was surprised that Clr Best was pushing for community consultation on the airport masterplan when “just about every decision made about the airport in the Wyong Council was confidential”.

“When we asked why we were told it had to be kept confidential because of the aero-club, everything was cloak and dagger.” She said that towards the end of the previous Wyong Council, decisions about expenditure on the expansion of the airport were expedited, including a resolution to spend money on the development of the masterplan that Clr McLachlan wants to have formally exhibited. Clr Matthews said she believed the masterplan, which cost $450,000, was “one of the very last things” the former Wyong Council resolved to do, by a narrow vote not supported by the three Wyong Labor Councillors, but supported by Clr Best.

She said she was concerned that newer Councillors were being “bogged down” by the airport when there were so many other important issues the community expected this first Central Coast Council to be working on. “The community is still up in arms about the amalgamation and we are still operating in three silos under the three directors and the structure needs to change. “I have an appointment with the new CEO, Mr Gary Murphy, and I will be advocating for a restructure,” she said.