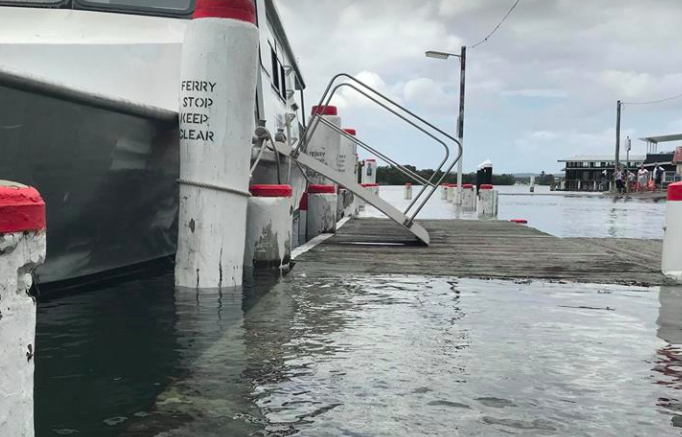 The question was “taken on notice” and an answer will be provided at a later meeting. Cr Holstein asked staff to explain why they considered two applications to the NSW Government for funding of $11.9 million to be spent on the Woy Woy Ferry Wharf and the Ettalong Ferry Wharf an “excellent outcome” when not a cent of State Government funding was secured. Cr Holstein said he had been campaigning for the upgrade of the Woy Woy Ferry Wharf, in particular, since the Council election last September. In October 2017, Central Coast Council submitted two formal Expressions of Interest and developed business cases for funding under the NSW Government’s Regional Growth Environment and Tourism Fund.

A staff report to the July 23 Council meeting did not provide details of the works proposed for the Ettalong Ferry Wharf but stated that a total of $6,755,083 was requested which was for 100 per cent of the project cost. A second Expression of Interest and business case was submitted for the redevelopment of the Woy Woy Town Centre Wharf. The total cost of the project was listed as $5.3 million but the application was for $5.1 million and, again, was unsuccessful. The staff report claimed it was an “excellent outcome as all…projects submitted were shortlisted”. “Feedback given was that the two wharf projects require further development,” the report said.