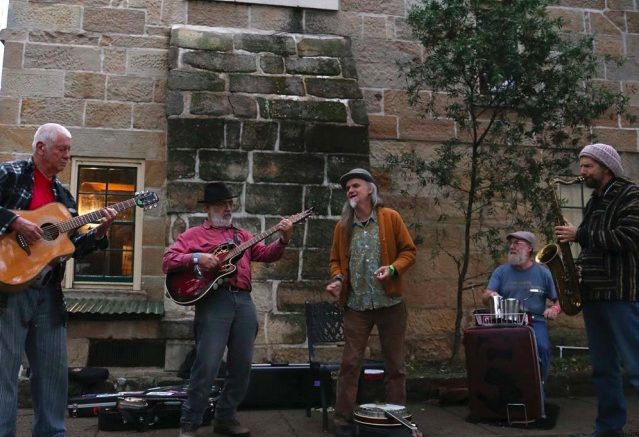 The BluesAngels to play at The Entrance Blues and Jazz festival

The Central Coast’s own country blues crooners, The BluesAngels, will perform at Diggers at The Entrance for one night only, from 8pm to 11pm, on July 13.

This special one night show will feature the musical stylings of Ms Trudy van Laar as she accompanies the BluesAngels. “Trudy adds that Country lilt to our acoustic country blues,” said BluesAngels’ frontman, Mr Tom Flood. “Taking us into new territories from Nashville to Texas, with songs by Roy Orbison, Willie Nelson, Kris Kristofferson, Buck Owens, Johnny Cash, The Dingoes, and made more famous by the likes of Linda Ronstadt and Patsy Cline, Janis Joplin and many more.

“You can hear the BluesAngels’ softer Americana and alt-country side leavened with their own backhills originals off their album, ‘Devil Don’t Believe’. “Boot-scootin’, maybe, cryin’ in your beer? Definitely! “See you at Diggers for the real thing in the country,” Mr Flood said. BluesAngels will return to Diggers on Saturday, July 14, in their more regular five piece line-up to close an 11 hour Blues Festival being held at the club as part of the 2018 Winter Blues and Jazz Festival.

Brackets and Jam to end the year with a bang