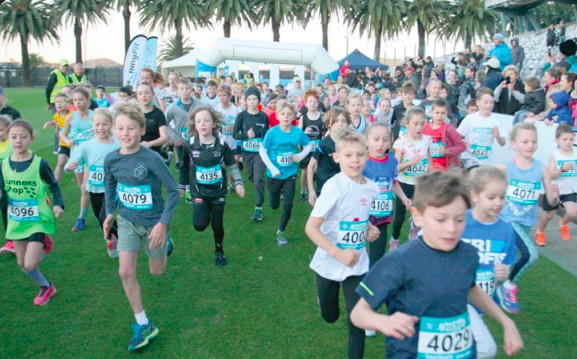 The final fundraising figure for the 2018 Bay to Bay Running Festival has been released. All up, the event raised $90,764, which will be distributed across Central Coast based charities.

There were over 4,000 runners in the 2018 Festival’s three events, which saw everything from seasoned marathon competitors to mums and bubs group suiting up for the trek from Woy Woy waterfront to Central Coast Stadium in Gosford.

This year the principal charities were the emergency wards at Gosford and Wyong Hospitals, Camp Breakaway in San Remo, and Aspect School for children with autism in Terrigal. Other groups like the Central Coast Scouts and Girl Guides codes, and the Salvos, will also receive funds from the event.

The Bay to Bay Running Festival is the lovechild of local running enthusiast group, The Terrigal Trotters. Trotters President and Festival Director, Jenny Barker, said the Festival is one of the region’s best community event, and that the Trotters are thrilled that this year’s Festival broke their previous fundraising record. “In the next few weeks, Terrigal Trotters will have the great pleasure of handing over cheques to our principal charities and other groups,” Jenny Baker said. Source: Media release, July 17 Jenny Baker, Terrigal Trotters